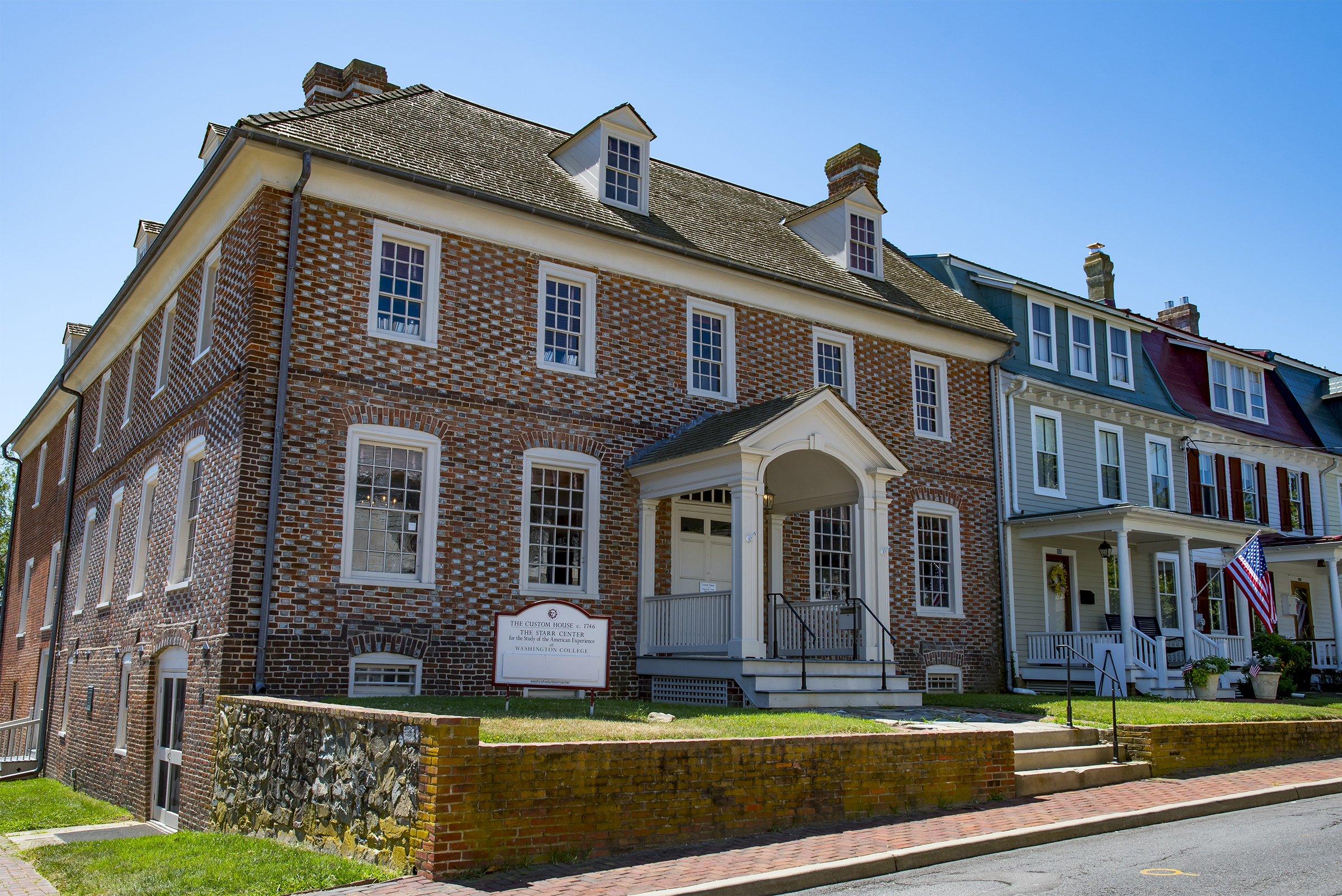 This 18th-century structure on Water Street — now home to the Starr Center for the Study of the American Experience — played an important role in the Chesapeake slave trade. Over the past two decades, staff and students at the Center have worked to uncover the details of that history.

The Custom House was built in 1746 as a private residence and store, situated on one of Maryland’s many active and transnational ports. The owner of this house, Thomas Ringgold, was a wealthy slaveowner and slave trader. The Ringgolds’ household included at least nine enslaved Africans: Will Harding, Sue, Fender, Milford, Betty, Suck, Sarah, Darkey, and Georgia, whose names can be seen in Ringgold’s will. These men and women worked throughout the house and grounds, but probably slept in quarters on the third floor or in the basement.

Like many of his generation, Thomas Ringgold believed that some were born to rule and others to serve. The enslaved people living in the Custom House, not surprisingly, had other ideas. They resisted in big and small ways—including escape. After one such freedom seeker, Toby, escaped from the Custom House in 1755, Ringgold posted a newspaper advertisement in hopes of forcing his return. “That this slave should attempt getting his liberty is very alarming,” the advertisement ran, “as he has always been too kindly used by his master, and one in whom his master has put great confidence, and depended on him to [oversee] the rest of his slaves.”

The Custom House stands as a stark reminder of the tragic ironies baked into America’s founding. Thomas Ringgold crusaded against British taxes and was an early leader in the movement that would result in American independence. And yet during the very same decades that the ideals of American democracy were being etched, he was responsible for the kidnapping, ownership, oppression, and premature death of hundreds of Africans and African Americans.

From 1760 to 1770, Ringgold was one of the most active traders in the entire Chesapeake region. Letters written by Ringgold himself offer gruesome evidence of the conditions aboard slave ships in which he was vested. In 1761, one of these ships, the Alexander, set sail from Africa with more than 300 men, women, and children packed aboard. By the time it reached Maryland, barely 100 were left alive. Ringgold’s assessment of the situation can be read in a letter he wrote his business partner: “We sold 14 of the Negroes yesterday, very well considering the condition they were in. The wenches and one man at 60 [pounds] each, one man 68£, one boy 60£, girls at 56£, two sickly girls cheap, the mate’s boy for 70£, the small … boy died….Under the circumstances, we refused no offers.”

Washington College staff, students, and faculty do not take the history of this house lightly, nor do we seek to cover it up or ignore it. Today, the Custom House is home to the Starr Center for the Study of the American Experience, which brings together students, scholars, and community members to better understand and communicate America’s long history of racial violence and oppression, while also seeking to find and document the stories of those, like Toby, who challenged such oppression and sought a freer America.