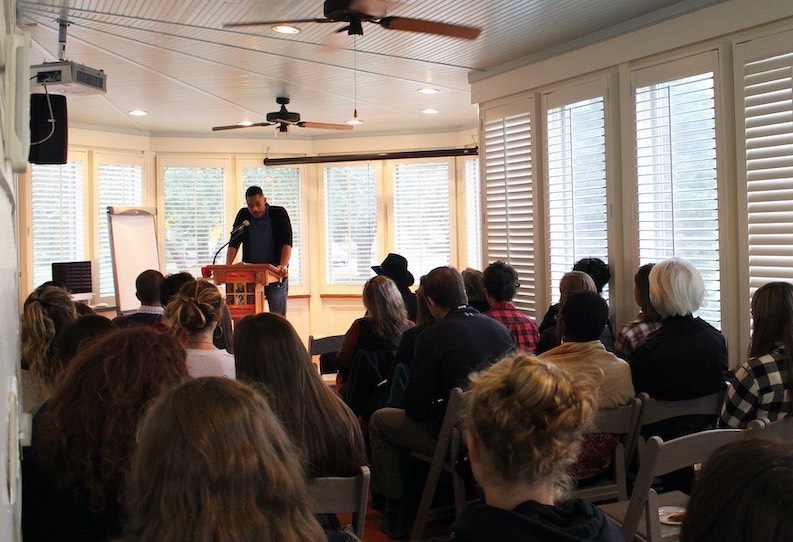 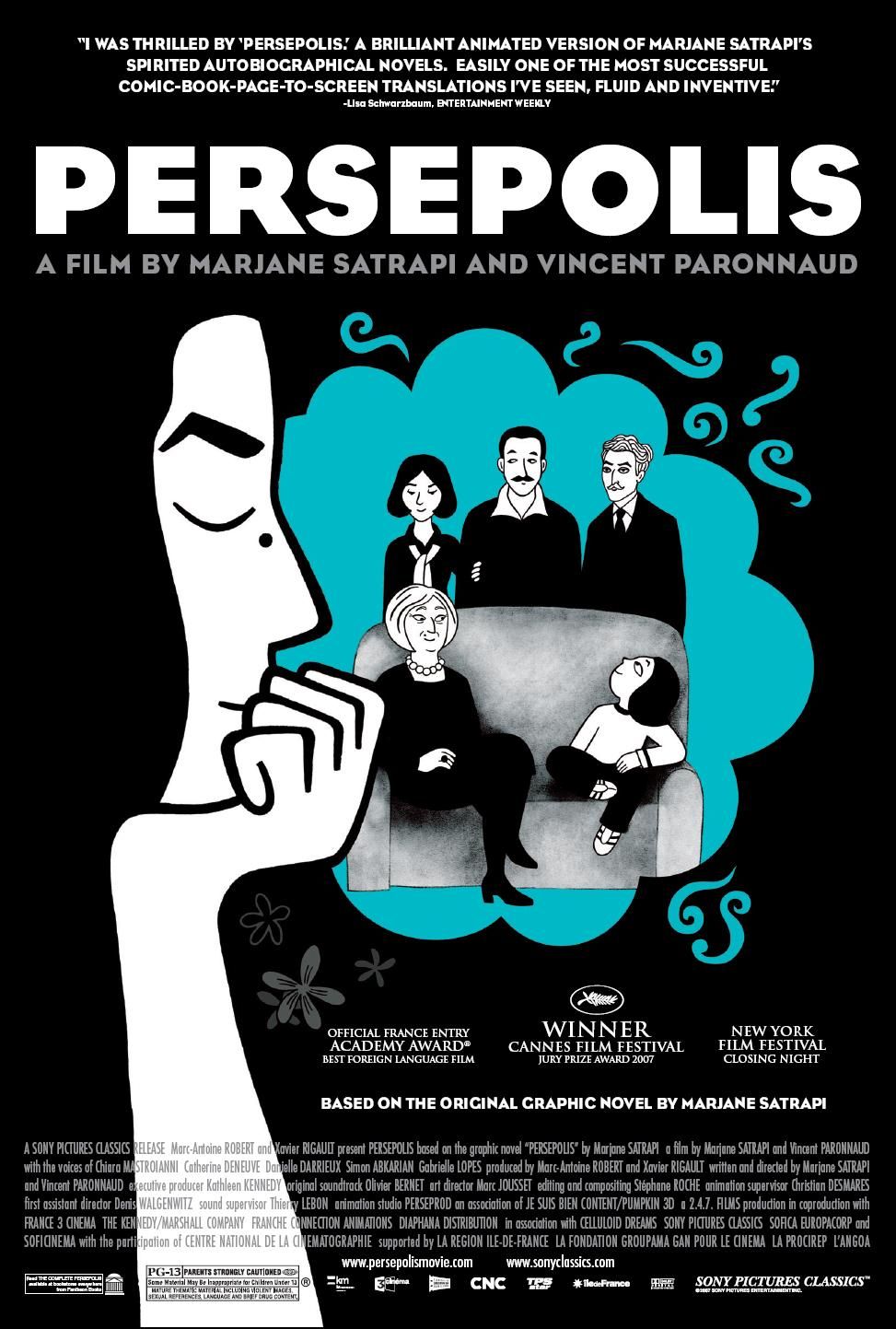 Persepolis is a 2007 animated drama film adapted from the 2000 memoir-in-comic-strips of the same name by Marjane Satrapi who wrote and directed the film in collaboration with Vincent Paronnaud. The film centers on Satrapi’s childhood and adolescence in her home of Tehran during the Iranian Revolution and the internal changes she must face after deciding to leave her cherished country. Rated PG-13 with a runtime of 96 minutes.

Just use your WC login and password information once prompted. The movie is best viewed with Chrome or Firefox; the movie won't play on Safari. Click here and enjoy the show!

Born and raised near Boston, writer Sarah Manguso earned her BA at Harvard University and an MFA at the Iowa Writers’ Workshop. Her nonfiction works include 300 Arguments (Graywolf, 2017), which was named a best book of the year by more than twenty publications, and Ongoingness: The End of a Diary (Graywolf, 2015). Her poetry collections Siste Viator (Four Way Books, 2006) and The Captain Lands in Paradise (Alice James Books, 2002), feature poems which won a Pushcart Prize and appeared in four volumes of The Best American Poetry series. Her other books include the story collection Hard to Admit and Harder to Escape (2007), published by McSweeney’s as part of 145 Stories in a Small Box; the memoir The Two Kinds of Decay (FSG, 2008), selected as an Editors’ Choice by the New York Times Sunday Book Review in addition to being shortlisted for the Wellcome Trust Book Prize and longlisted for the Royal Society Winton Prize; and the hybrid-genre book The Guardians: An Elegy for a Friend (FSG, 2012). Manguso is the recipient of a Guggenheim Fellowship, a Hodder Fellowship, and the Rome Prize. She has served as the Mary Routt Chair of Creative Writing at Scripps College and a Distinguished Visiting Writer at St. Mary’s College, and has taught at Princeton, Columbia, and the Pratt Institute. For more information, please consult the Literary House website. 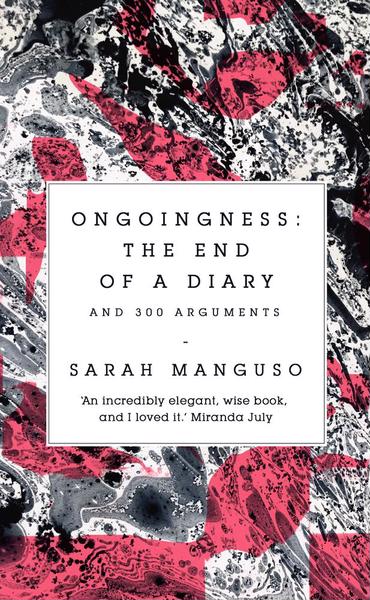 A Generative Workshop with Sarah Manguso 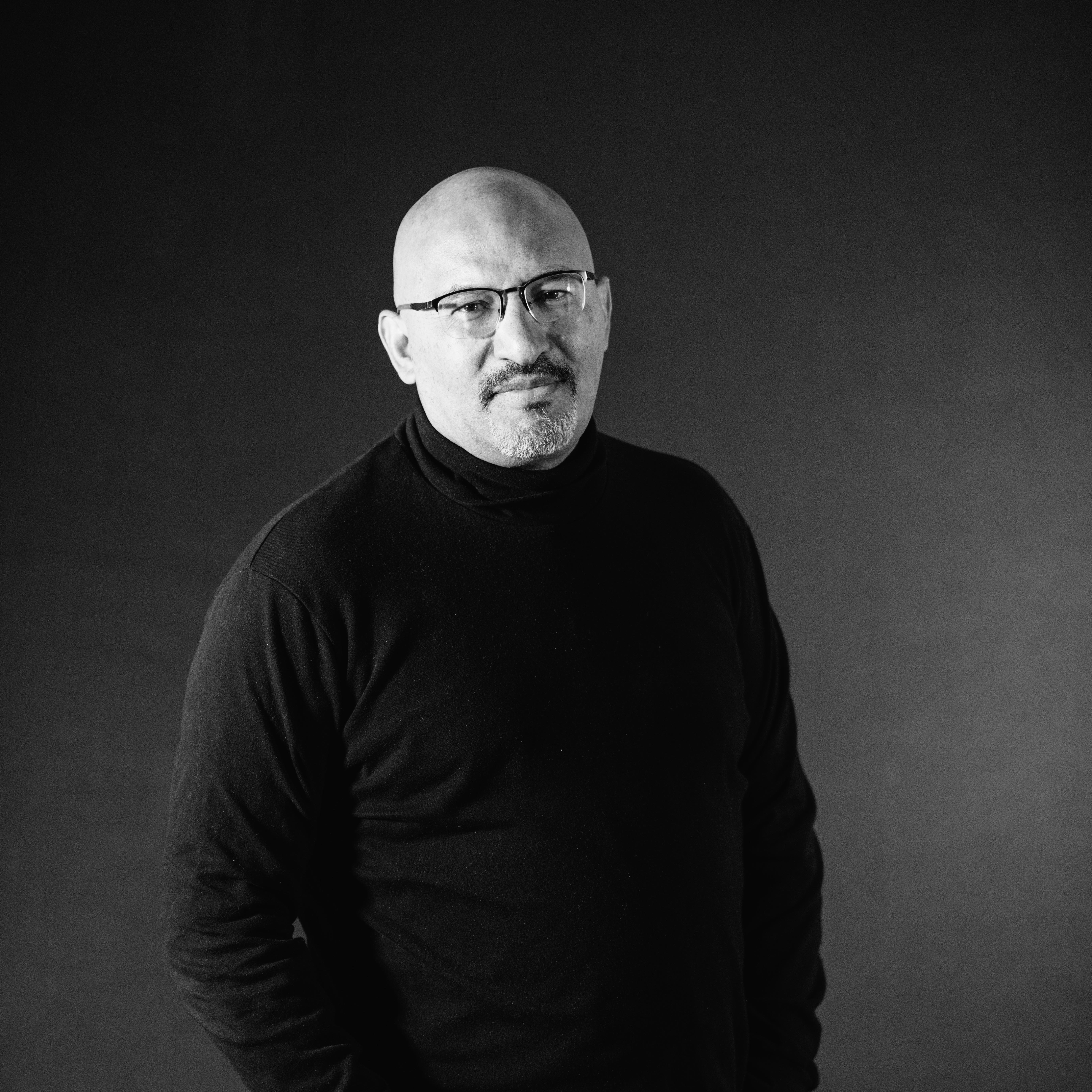 In support of Latinx Heritage Month, the Goldstein Program in Public Affairs presents Roberto Lovato, author of Unforgetting: A Memoir of Family, Migration, Gangs and Revolution in the Americas. Lovato will discuss his new book in a webinar that is open to the public. Reigstration is required--click the link above.

Roberto Lovato is an educator, journalist and writer based at The Writers Grotto in San Francisco, California. He is the author of Unforgetting: A Memoir of Family, Migration, Gangs and Revolution in the Americas (Harper Collins, 2020). Lovato is also a Co-Founder of #DignidadLiteraria, the movement advocating for equity and literary justice for the more than 60 million Latinx persons left off of bookshelves in the United States and out of the national dialogue. A recipient of a reporting grant from the Pulitzer Center, Lovato has reported on numerous issues-- violence, terrorism, the drug war, and the refugee crisis--from Mexico, Venezuela, El Salvador, Dominican Republic, Haiti, France and the United States, among other countries. 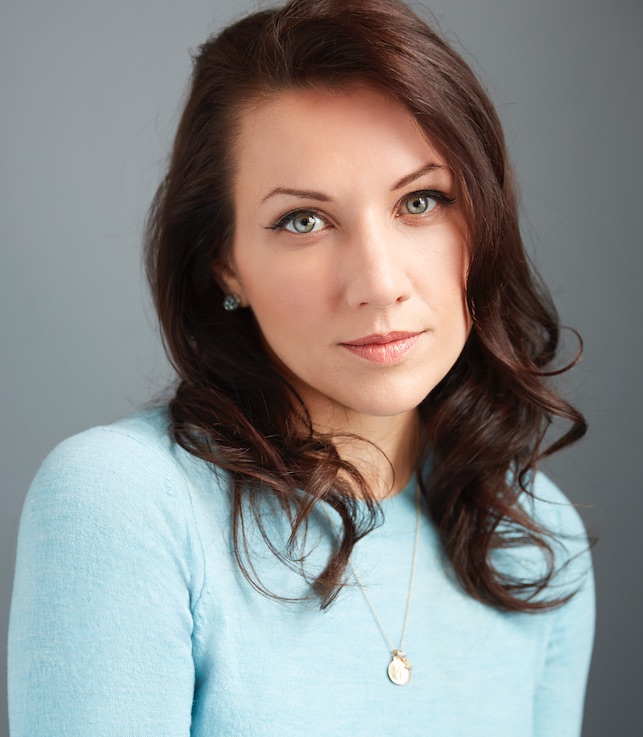 Melissa Febos is the author of the critically acclaimed memoir Whip Smart (St. Martin’s Press 2010) and the essay collection Abandon Me (Bloomsbury 2017), which The New Yorker called “mesmerizing,” and which was a Lambda Literary Award finalist, a Triangle Publishing Award finalist and an Indie Next Pick. Abandon Me was also named a Best Book of 2017 by Esquire, Book Riot, The Cut, Electric Literature, the Brooklyn Rail, Bustle, Refinery29, Salon, The Rumpus, and others. Her second essay collection will be published by Bloomsbury in 2020. Her work has been widely anthologized and appears in publications including The Believer, Tin House, Sewanee Review, Granta, the Kenyon Review, Prairie Schooner, Glamour, Guernica, Post Road, Salon, The New York Times, Elle, the Guardian, Vogue, Dissent, The New York Time Book Review, The Chronicle of Higher Education Review, Bitch Magazine, Poets & Writers, The Rumpus, and Goodbye to All That: Writers on Loving and Leaving New York. She is currently an associate professor at the University of Iowa, where she teaches in the Nonfiction Writing Program. For more information, please consult the Literary House website. 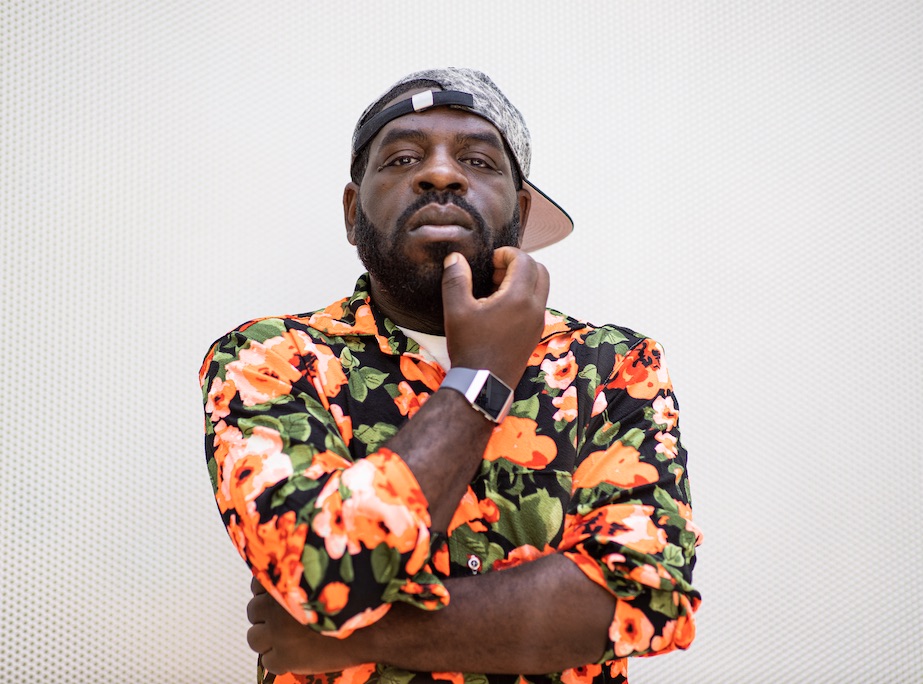 Living Writers: A Poetry and Nonfiction Reading by Hanif Abdurraqib

Hanif Abdurraqib is a poet, essayist, and cultural critic from Columbus, Ohio. He is the author of a New York Times best-selling biography on A Tribe Called Quest called Go Ahead in the Rain (University of Texas Press, February 2019), A Fortune For Your Disaster (Tin House, September 2019), The Crown Ain't Worth Much (Button Poetry/Exploding Pinecone Press, 2016), which was nominated for a Hurston-Wright Legacy Award, and They Can't Kill Us Until They Kill Us (Two Dollar Radio, 2017), named a best book of 2017 by NPR, Pitchfork, Oprah Magazine, The Chicago Tribune, Slate, Esquire, GQ, and Publisher's Weekly, among others. He is a Callaloo Creative Writing Fellow, a poetry editor at Muzzle Magazine, and a member of the poetry collective Echo Hotel with poet/essayist Eve L. Ewing. Abdurraqib has a forthcoming book that is a history of Black performance in the United States titled A Little Devil in America: Notes in Praise of Black Performance (Random House, 2020). 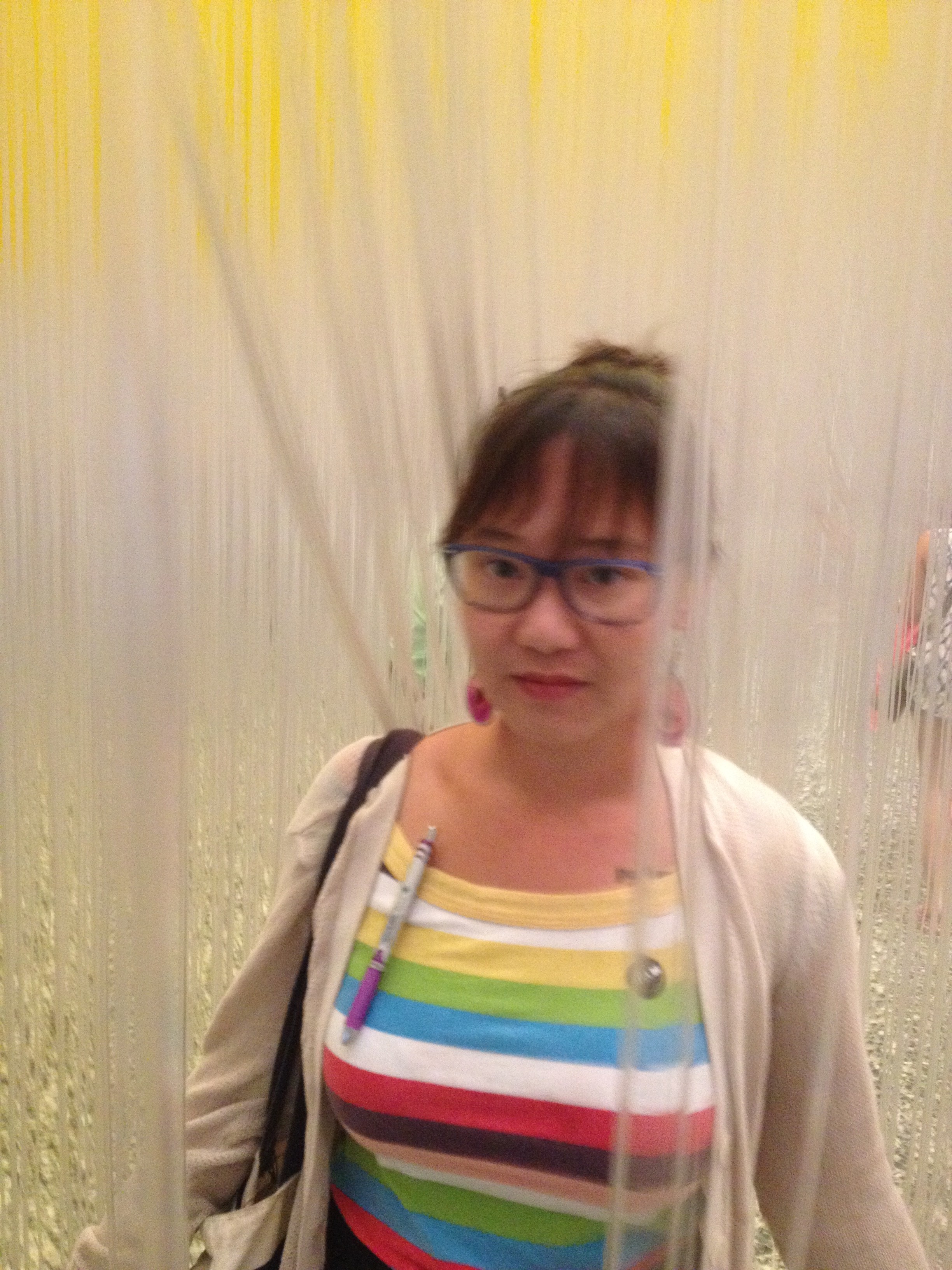 Lily Hoang is the author of five books, including Changing (Fairy Tale Review Press, 2008), recipient of a PEN Open Books Award, A Bestiary (Cleveland State University Poetry Center, 2016), winner of the Cleveland State University Poetry Center’s Non-Fiction Book Prize and finalist for a PEN USA Award, and Parabola (Chiasmus Press, 2009), winner of the Chiasmus Press Un-Doing the Novel Contest. Her other works include the novel The Evolutionary Revolution (Les Figues Press, 2010), and Unfinished: stories finished by (Jaded Ibis Press, 2012). With Joshua Marie Wilkinson, she edited the anthology The Force of What’s Possible: Writers on Accessibility and the Avant-Garde (Night B oat B ooks, 2 015). She was M ellon Scholar in Residence in Summer 2017 at Rhodes University in South Africa. She is Editor of Jaded Ibis Press and Executive Editor of HTML Giant. She is the Program Director of the MFA in Writing at UC San Diego.

A Reading by the 2020 Mary Wood Fellow

Kathryn Nuernberger’s newest book of nonfiction is The Witch of the Eye (Sarabande, 2021). Her third poetry collection, Rue, was published in 2020 (BOA). The End of Pink (BOA, 2016) won the 2015 James Laughlin prize from the Academy of American Poets, and Rag & Bone (Elixir, 2011) won the 2010 Antivenom Prize. A collection of lyric essays, Brief Interviews with the Romantic Past (Ohio State University Press, 2017), won the Non/ Fiction Prize from The Journal. She teaches in the MFA Program at University of Minnesota and she has received grants from the NEA, American Antiquarian Society and the Bakken Museum of Electricity in Life. 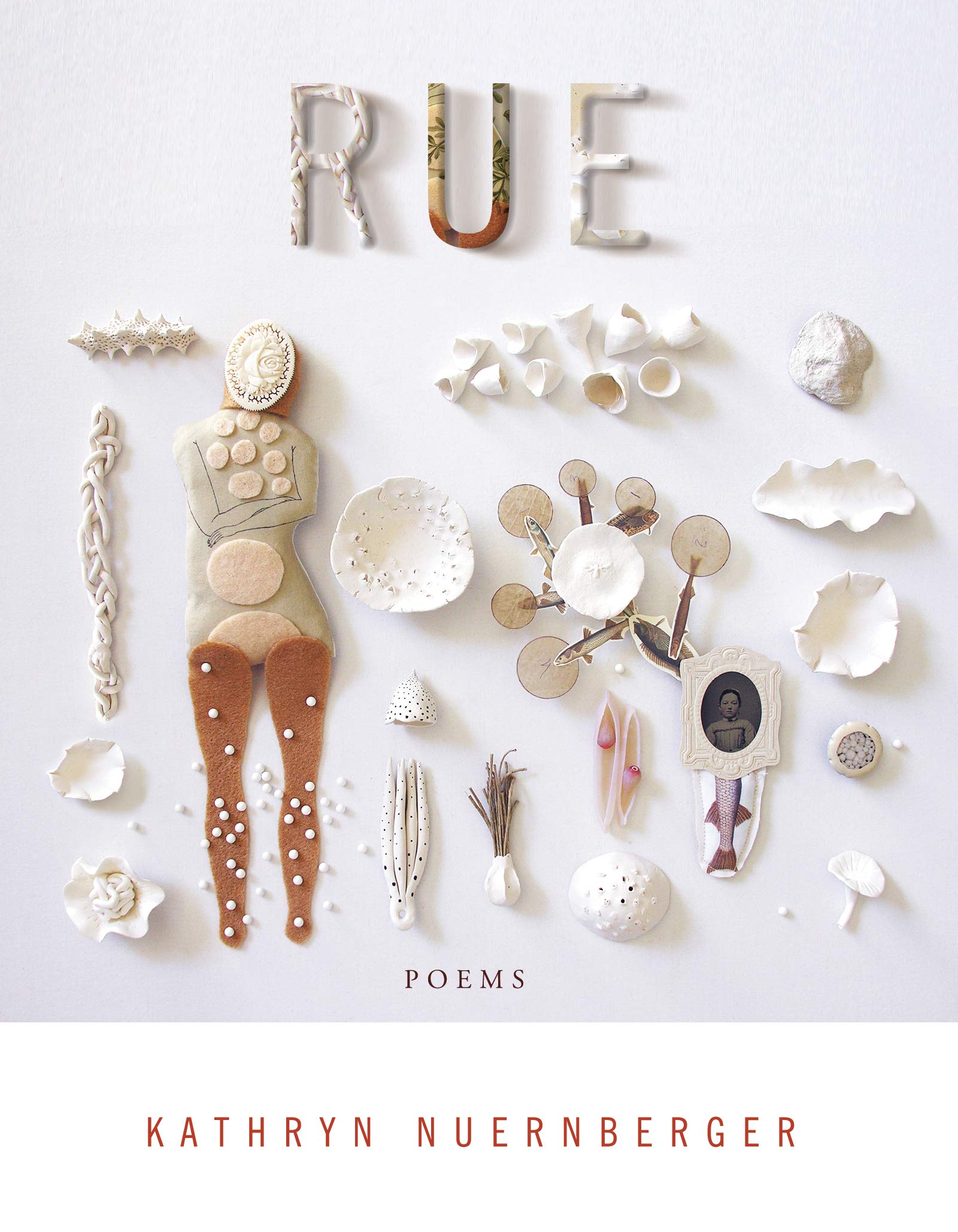 Writing as Ritual Act: A Craft Talk by the 2021 Mary Wood Fellow 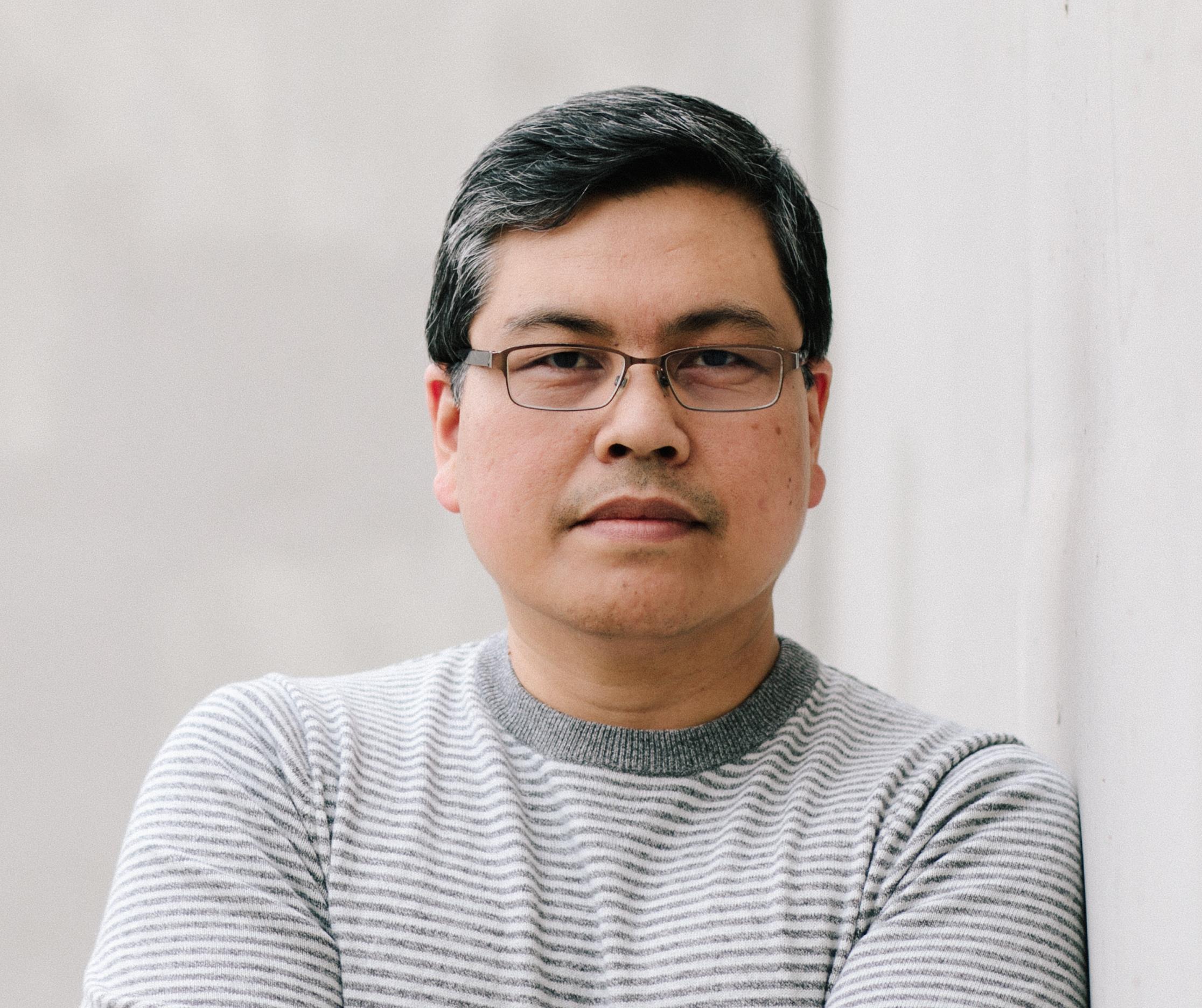 A Poetry Reading by Rick Barot 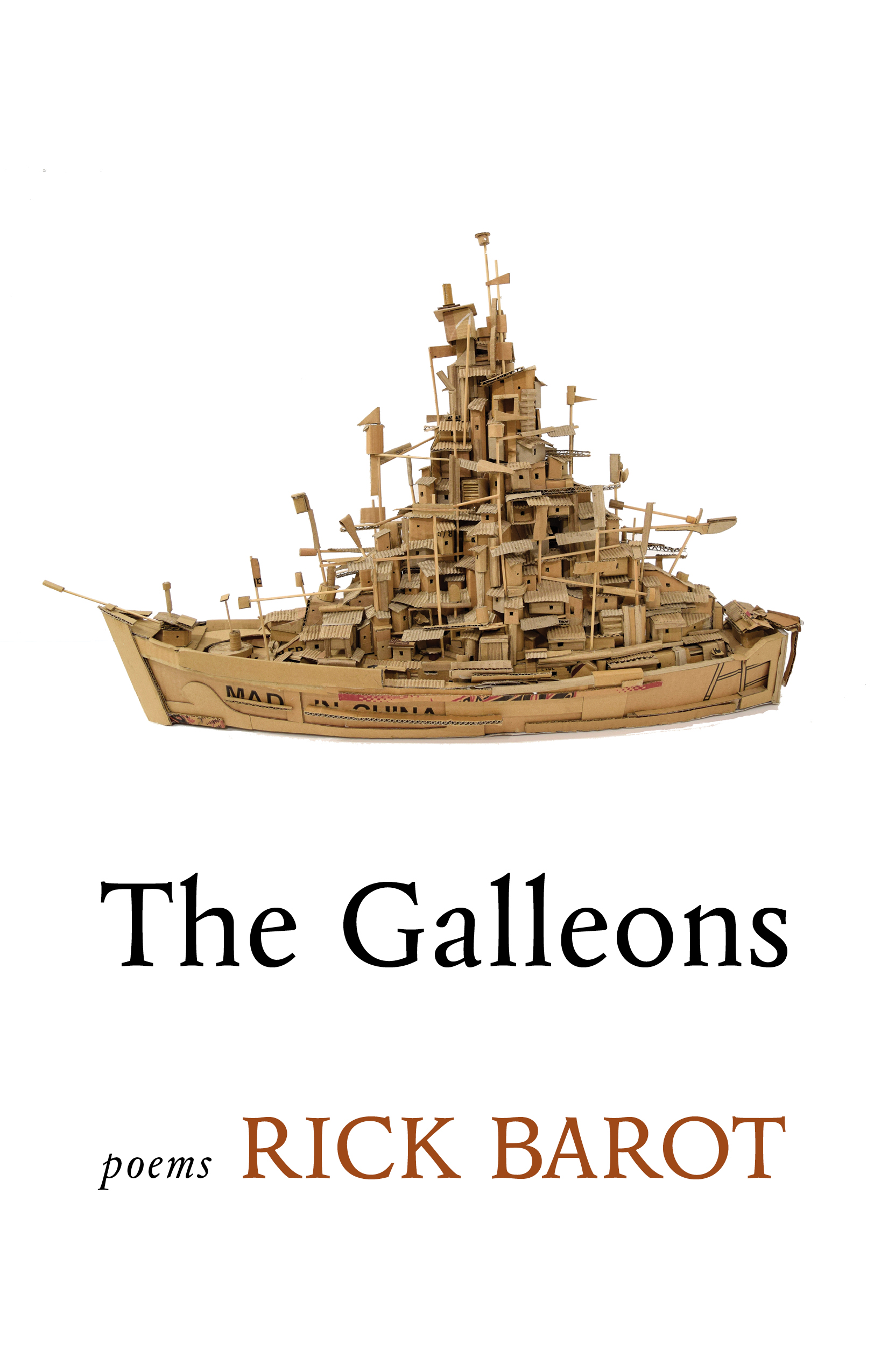 Hear graduating senior writers read from their original pieces! The Literary House will also announce the winners of the Literary House Genre Fiction Prize, the William W. Warner Prize for Creative Writing on Nature and the Environment, and the Jude & Miriam Pfister Poetry Prize.