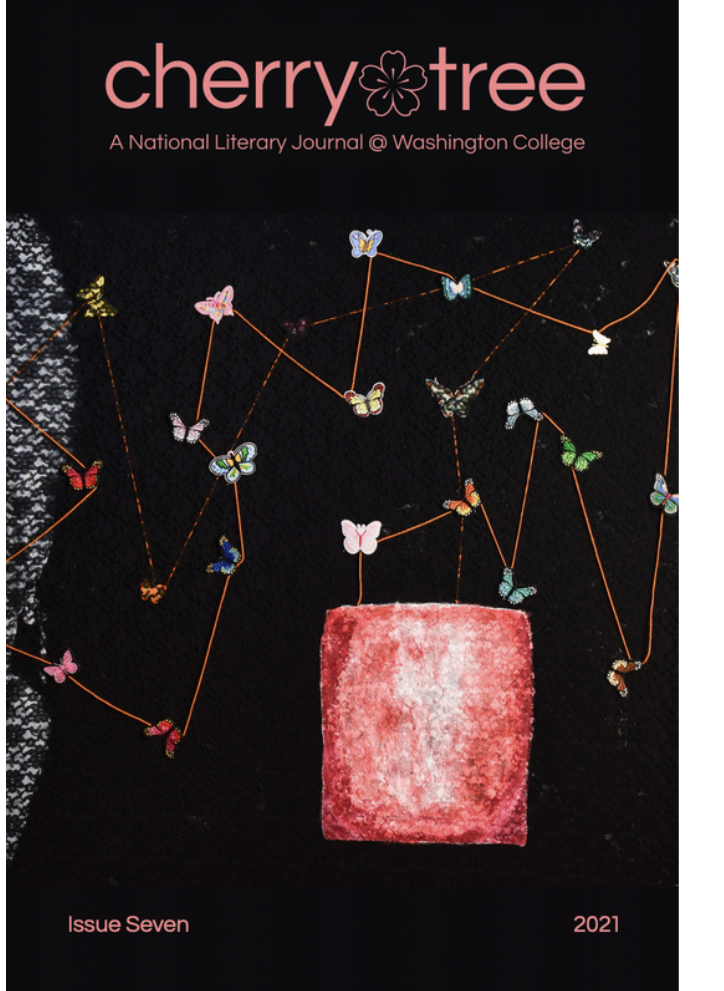 Founded in 2014, with its debut issue released on February 15, 2015, Cherry Tree: A National Literary Journal @ Washington College is an annual literary magazine featuring poetry, fiction, creative nonfiction, and literary shade by emerging and established writers from across the United States and all over the world.

The name and ethos of Cherry Tree rest on the story of George Washington and his ax: the founding myth of the American national character. That self-serving story is artful in its way, and because it is so transparently apocryphal, it is uniquely open to critiques that might lead to useful truths.

Cherry Tree appears under the imprint of the Literary House Press, the publishing arm of the Rose O’Neill Literary House, a cultural center that has promoted the arts for nearly fifty years. Washington College undergraduates participate in all facets of the production of this print journal, though professional writers serve as genre editors and fill most senior reader positions. Although the journal is still growing, Cherry Tree has already received national recognition. Poems from three of its seven issues have been selected for inclusion in The Best American Poetry (2016, 2017, and 2020), and many poems have been chosen for reprinting by Poetry Daily  Verse Daily, and the Orison Anthology. Prose has been listed as “notable” in Best American Essays and has appeared in Best Microfictions (2020).

Check out our masthead & readers. We will reopen for submissions from August 1 to October 1, 2021!

"Union" by Adam Scheffler (Issue 7) featured on The Talbot Spy

"A Turn of the Plow, A Furrow, a Line of Writing" by Angie Macri (Issue 6) featured on Verse Daily

Review of Issue 4 by Anne Graue on NewPages

Review of Issue 3 by Valerie Wieland on NewPages

“New Lit on the Block” feature by Denise Hill on NewPages