Under sunny skies, the class of 2022 was cheered on by family and friends as they accepted their newly minted degrees.

Washington College congratulates the 247 students who received their undergraduate degree during the College’s 239th commencement exercises on May 22. Graduates were cheered on by friends and family during the outdoor ceremony, which included performances by the vocal group, WACapella. 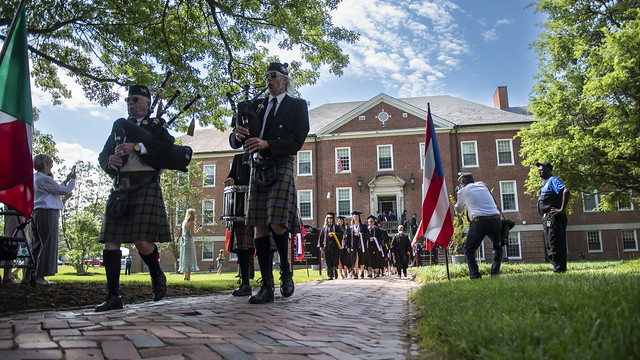 The highlight of the ceremony was the public conferral of Bachelor of Science and Bachelor of Arts degrees on the 2022 Washington College graduates. Interim Provost and Dean Michael Harvey officially conferred the degrees while Dr. Alisha Knight, incoming Associate Provost of Diversity and Inclusion and Senior Equity Officer individually presented each graduate.

Joseph Getty, recently retired Chief Judge of the Maryland Court of Appeals and a 1974 Washington College graduate delivered the keynote address and was the recipient of an honorary Doctor of Laws degree.

Other notable awards presented or highlighted during the ceremony include: