The Stories of Flight 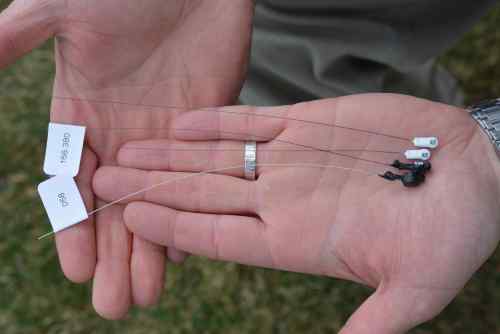 Washington College’s Foreman’s Branch Bird Observatory (FBBO) has become part of an international network that is revolutionizing scientists’ ability to understand the lives and migratory patterns of birds, bats, and even large insects. Two stations installed in late April, one atop a grain elevator at the River and Field Campus and another on the James Gruber Banding Laboratory, are among the first ten Motus Wildlife Tracking System stations in the state and the only ones associated with a college or university in Maryland.

Motus is Latin for “movement.” Developed in Canada, the Motus Wildlife Tracking System now has more than 500 stations—and counting—that can track animals tagged with nanotags, digitally encoded radio transmitters which emit a specific signal with an individual identifier. As it passes within range of a station, a tagged animal can be identified, and as the network expands, it’s giving scientists the opportunity to ask entirely new questions in their research into migration patterns and methods.

“While this system probably won’t replace banding in the near future because of economics, it will clearly play a role in tracking a single bird’s migratory pathway from start to finish and return, now and in the future. It will require numerous towers throughout the country to accomplish that,” says Jim Gruber, founder and master bander of FBBO. “With the antennas in place, Washington College students could potentially develop their own localized studies using not only birds, but insects, bats, and other small flying organisms.”

“Once you let a bird go from [traditional] banding, only a handful are picked up,” says Luke DeGroote, avian research coordinator at Powdermill Nature Reserve and the Carnegie Museum of Natural History in Pittsburgh. “But the Motus network can detect 50 percent or more of the birds we tag.”

The new stations at Foreman’s Branch are part of a $500,000 U.S. Fish and Wildlife Service grant, coordinated through a collaboration of the Maryland Department of Natural Resources, the Pennsylvania Game Commission, and eight organizations, to dramatically expand—by 46 stations—the Motus network in Maryland, New York, Pennsylvania, New Jersey, and Delaware. This expansion is aimed specifically at eight species deemed in need of conservation in the mid-Atlantic—Bicknell’s, Swainson’s, and wood thrushes; blackpoll and Canada warblers; rusty blackbirds; American woodcock; and northern myotis bats.

“These two stations will provide a whole new way for our students to understand bird migration, life cycle, and how what we do at Foreman’s Branch contributes to that knowledge base,” says Maren Gimpel, field ecologist and outreach coordinator at FBBO. “Maps at the banding lab already show where birds we have banded have been recovered, but Motus takes this data to a much more detailed resolution for some individual birds, and students and faculty can use the Motus website to see examples of these migratory pathways for birds that we band here.”

The Foreman’s Branch stations are supporting DeGroote’s first-of-its-kind, three-year study into the long-term effects of what happens to birds after they’ve survived a collision with a building. While the greatest threats to birds include habitat loss and climate change, billions of birds are killed every year directly by cats and buildings. According to a 2014 study led by the Smithsonian Migratory Bird Center and the U.S. Fish and Wildlife Service, approximately 600 million birds are killed annually in the U.S. in building collisions, a direct human threat second only to birds killed by feral and domestic cats.

Still, thousands of birds that hit buildings survive, many of them when they’re found and brought to rehabilitation centers and then released. No one knows, though, how well they survive after rehabilitation, DeGroote says.

Along with Gruber and Gimpel, DeGroote is working with Lights Out Baltimore and the Phoenix Wildlife Center in Phoenix, Maryland, which rescue and rehabilitate birds injured in building collisions in Baltimore. Specifically, he’s studying American woodcock and wood thrushes, two of the species identified as in need of conservation.

When a wood thrush or woodcock that’s been hurt through a building collision is ready to be released from Phoenix Wildlife Center, it will get a Motus network nanotag. At the same time, Gruber and Gimpel will similarly tag a woodcock or wood thrush at Foreman’s Branch. Since the birds are likely on the same migratory path and timing in the same region, DeGroote will be able to track differences in their behavior.

“It makes sense that birds may be affected by this terrible collision, not unlike concussions in humans,” he says. “The question is, are the rehabilitated birds surviving, are they migrating, how many days does it take until they migrate, and when they do migrate, do they have a normal migration?”

Foreman’s Branch Bird Observatory, on Washington College’s River and Field Campus, is part of the College’s Center for Environment & Society. It’s the only bird banding station on Maryland’s Eastern Shore. In 2018, staff and student interns banded 16,064 new birds of 135 species; as of the end of 2018, the station’s 20th year in operation, it had banded 272,446 birds of 174 species.

Lights Out Baltimore is a nonprofit project of the Baltimore Bird Club, a local chapter of the Maryland Ornithological Society. Its mission is to make Baltimore safe for migratory birds by turning out decorative lighting in the city during peak migration months, between the hours of 10 p.m. and 6 a.m., and to advocate for bird-safe building design that makes glass and windows visible to birds. Each migration season, volunteers walk downtown Baltimore to rescue injured birds from collisions and collect the dead. Injured birds are taken to Phoenix Wildlife Center and dead birds are taken to Smithsonian Museum of Natural History and John Hopkins University School of Medicine for research. Since 2008, 4,000 birds have been collected and more than 1,000 have been rescued and released.

Click here for more information about Foreman’s Branch Bird Observatory, here for the Motus Wildlife Tracking System, and here for information on Lights Out Baltimore.