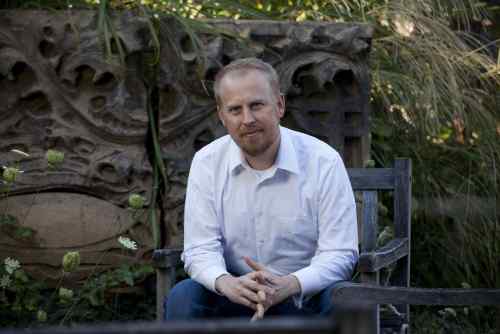 The Rose O’Neill Literary House’s Summer Literary Salon will feature readings by H.G. Carrillo, David MacLean, Lynn Melnick, and the Literary House’s 2018 Cave Canem Fellow, Lauren Russell, as well as music from The Pam Ortiz Band. This free, public event on June 19, starting at 4:30, will be followed by a book signing and light refreshments.
H.G. Carrillo is the author of Loosing My Espanish, a novel. His short stories have appeared in Kenyon Review, Conjunctions, The Iowa Review, Glimmer Train, Ninth Letter, Slice and other journals and publications. He is the 2018 Writer in Residence for The Kratz Center for Creative Writing at Goucher College, and sits on the executive board of directors of The PEN/Faulkner Foundation.
David Stuart MacLean is a PEN/American award-winning essayist. His essays and stories have been featured in The New York Times, The Guardian UK, Newsweek, Ploughshares, Guernica, The Bennington Review, Quarterly West, and on the radio program, This American Life. He is the author of the memoir The Answer to the Riddle Is Me, named by Kirkus Reviews as one of the Best Books of 2014.
Lynn Melnick is the author of the poetry collections Landscape with Sex and Violence and If I Should Say I Have Hope, and the co-editor of Please Excuse This Poem: 100 Poets for the Next Generation. Her poetry has appeared in APR, The New Republic, The New Yorker, The Paris Review, A Public Space, and elsewhere, and she has written essays and book reviews for Boston Review, LA Review of Books, and Poetry Daily, among others. A 2017-2018 fellow at the New York Public Library’s Cullman Center for Scholars and Writers, she also serves on the executive board of VIDA: Women in Literary Arts. Born in Indianapolis, she grew up in Los Angeles and currently lives in Brooklyn.
Lauren Russell is the author of What’s Hanging on the Hush (Ahsahta, 2017). A Cave Canem graduate fellow, she was the 2014-2015 Jay C. and Ruth Halls Poetry Fellow at the Wisconsin Institute for Creative Writing, the 2016 VIDA Fellow to the Home School, and a 2017 National Endowment for the Arts Creative Writing Fellow in poetry. She is a research assistant professor and is assistant director of the Center for African American Poetry and Poetics at the University of Pittsburgh.
Pam Ortiz is that rare songwriter who can touch people where they feel deeply, where they laugh and where they cry. She did this for ten years with the group Terra Nova in the ’90s, playing to packed coffee houses in the Baltimore-Washington area. Her songs were showcased in the three albums that the group recorded. She released a fourth album, Rattle Them Chains, in 2012. Since then, she has performed solo, with her five-piece group the Pam Ortiz Band, and also with her husband, percussionist Bob Ortiz. Her signature clear voice, coupled with her turn of phrase and melody, enhance a catalogue of original songs that speak of who we are, what we’ve won and lost, how we love and live. The Pam Ortiz Band also includes Pam’s husband, Bob Ortiz, on percussion and guitar, Ford Schumann on guitar, Nevin Dawson on viola and violin, and Philip Dutton on piano and keyboards.