Lessons From the Trail

Washington College alum and political strategist Sean Rapelyea ’08 will return to campus on March 26 to talk about the 2018 elections as the guest speaker for the Goldstein Program’s Young Alumni Series. 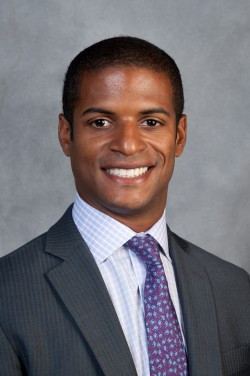 Sean Rapelyea ’08, who has worked for the campaigns of Barack Obama, Hillary Clinton, and now Illinois gubernatorial candidate J.B. Pritzker, will return to campus on March 26 as part of the Goldstein Program’s Young Alumni Series.

Rapelyea’s talk, which begins at 5 p.m. in Hynson Lounge, will encompass his burgeoning career in politics, having worked as a field organizer for the Obama and Clinton presidential campaigns, as well as an assistant to Chicago Mayor Rahm Emanuel. As all eyes turn toward the 2018 midterm elections, he’ll share his insight into how campaigns and politics at the local level of government, whether in rural or urban areas, will shape the fortunes of Democratic candidates this fall.

The talk is free and open to the public.

Rapelyea is currently the political director for Illinois gubernatorial candidate J.B. Pritzker. He previously served as Illinois political director for the Hillary For America campaign during the general election, where she garnered a 17–point win margin. Rapelyea also served as deputy director of government affairs for the Office of the Mayor in Chicago after working as a regional field director and advisor to Mayor Rahm Emanuel’s 2011 and 2015 re-election campaigns. In 2010, he worked on Arkansas Senator Blanche Lincoln’s primary, runoff, and general election campaigns. He began his campaign work with then-Senator Barack Obama’s Campaign for Change, working in Missoula, Montana.

Rapelyea, who majored in English, says a minority politics class taught by Christine Wade, professor of political science and international studies, during his junior year “really opened my mind and sparked my interest in electoral politics.”