Washington College teams up with Kent Goes Purple to screen “Kissed By God,” a powerful new film on drug addiction and mental health about surfing star Andy Irons. The film will air on Oct. 18 in Norman James Theater on campus, and Oct. 25 at Kent County High School. 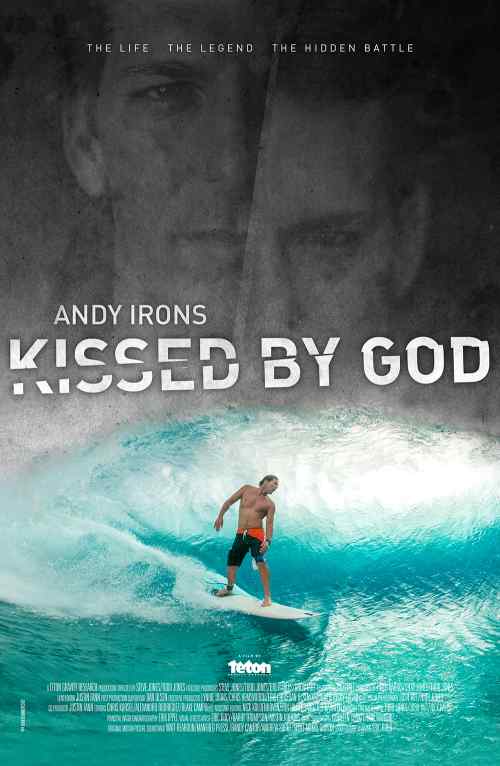 When Andy Irons, three-time world champion surfer, died at age 32 from heart failure, few people knew the backstory of his lifelong struggle against bipolar disorder and its degeneration into drug abuse and opioid addiction. Now, his closest friends, family, and fellow competitors have come forward in the powerful documentary film “Kissed By God,” which documents Irons’s life and fight with mental health and drugs.

As part of Kent Goes Purple, Kent County and Washington College are offering two free screenings of the film: On Thursday, Oct. 18, in Norman James Theater at the College, and on Thursday, Oct. 25, in the Kent County High School auditorium. Both screenings start at 7 p.m. Washington College counselors will attend the screening on Oct. 18 to talk with students and community members both before and after the film.

“This film is difficult to watch, but it’s critically important, and I hope as many of our students, staff, and faculty who can will be able to make the time to go and see it,” says Miranda Altman, Director of Counseling in Health and Counseling Services. “It’s so important to have an open conversation about mental health, suicide, and addiction, both to help those who are suffering and to stop the stigma surrounding mental health issues.”

In an interview in Surfer.com, the film’s director, Steve Jones, says that part of what compelled those he interviewed to finally come forward and talk freely about Irons was a hope that others who suffered from mental health and addiction issues would learn that they are not alone, and that anyone can be affected, no matter how successful or famous.

“It’s so much more than a surf story, it’s really a human story,” Jones told Surfer.com. “The struggles that Andy had are shared by countless people around the world, and I don’t think you need to be a surfer necessarily to relate to him and connect to his story. A lot of people have these things that they feel ashamed of and feel they have to hide, whether it’s mental illness or addiction.”

Kent Goes Purple is a county-wide effort to increase awareness of and promote education about opioid addiction and substance abuse.