Washington College has once again been ranked among the nation's top institutions by the WSJ/THE and US News & World Report, as part of their annual education rankings. 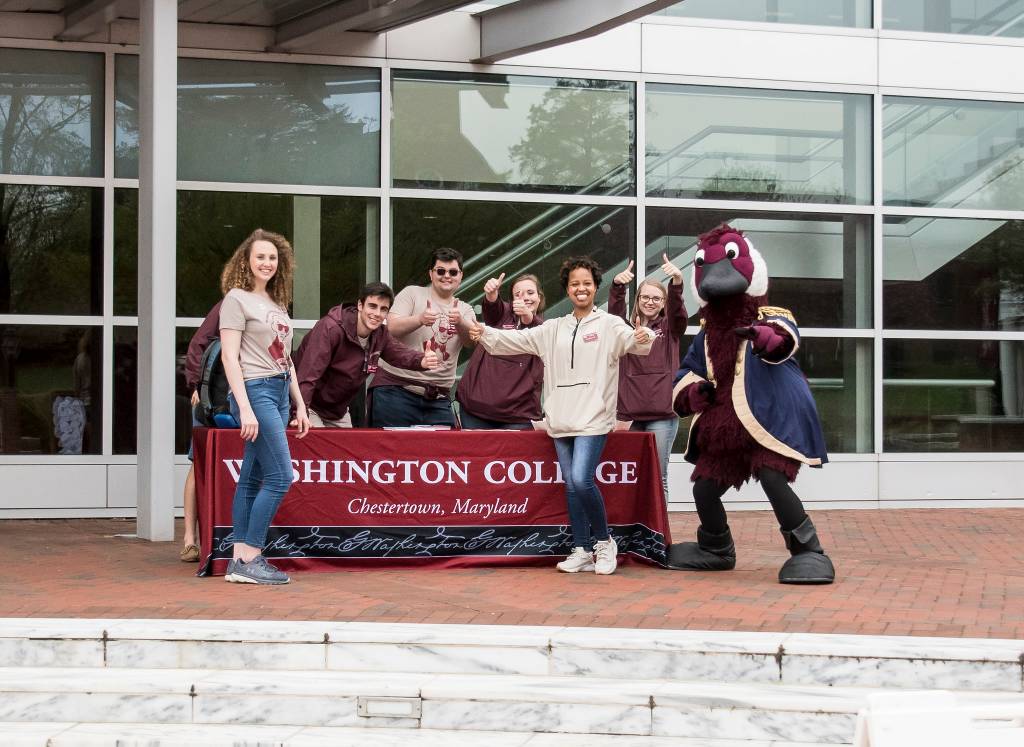 Washington College has been ranked higher on both the Wall Street Journal/Times Higher Education’s Best Colleges in America list – coming in at No. 189 – and U.S. News & World Report’s ranking of National Liberal Arts Colleges, earning a spot in the top 100 with a tie for No. 96.

Released earlier this month, the WSJ/THE ranking marks a rise in score for Washington College, which was at No. 221 on the 2020 list.  Among Maryland colleges, WC is 4th overall, ranking only behind JHU when compared to other private institutions in the state. The WSJ/THE Best Colleges in America 2021 list ranks the top 800 institutions.

Previously at No. 105, Washington College jumped nine spots in being named No. 96 (tie) for National Liberal Arts Colleges as part of U.S. News & World Report’s 2021 education rankings. The college also earned a No. 60 ranking for Best Value Schools and a No. 173 ranking for Top Performers on Social Mobility, which recognizes success at advancing social mobility by enrolling and graduating large proportions of disadvantaged students awarded with Pell Grants.

One notable component within the WSJ/THE ranking are the survey results, which show that nearly 8/10 respondents feel that Washington College was the right choice, and that if given the opportunity to choose again, they would make the same decision.  And 7.6/10 felt that Washington College provides an environment that is both inspiring and motivating.

This recognition follows the recent news that WC was once again named one of Princeton Review’s 386 Best Colleges, and its inclusion on their list of Great Schools for Psychology Majors.

The WSJ/THE rankings are based on 15 factors across four main categories: Forty percent of each school’s overall score comes from student outcomes, including graduates’ salaries and debt; 30% comes from academic resources, including how much the college spends on teaching; 20% from student engagement, including whether students feel prepared to use their education in the real world, and 10% from the learning environment, including the diversity of the student body and academic staff.

Some other college rankings focus on the quality of incoming students at a university, examining standardized-test scores and how students ranked in their high-school class. But the WSJ/THE College Rankings take a different approach, emphasizing the return on investment students see after they graduate. Schools that fare the best on this list have graduates who generally are satisfied with their educational experience and land relatively high-paying jobs that can help them pay down student loans.

Washington College continues to climb in the ranks of colleges and universities by providing a combination of academic quality and economic value, while embracing our vision of the transformative power of the liberal arts.