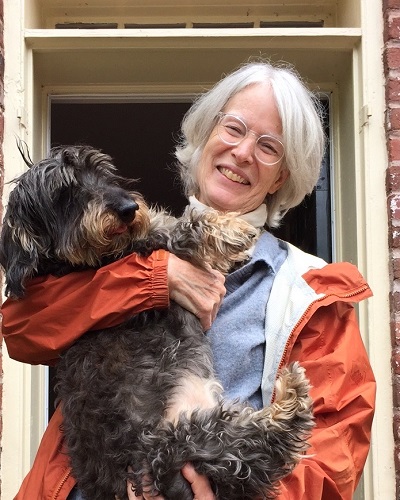 A native of New York City, Martha Saxton retired in 2016, after teaching at Amherst College for 20 years in the History and Sexuality, Women’s and Gender Studies Departments. She has also taught at the Institute for the Study of Human Rights at Columbia and for several years  in the Inside/Out Program at the Hampshire County House of Corrections in Northampton, Ma.

At the Starr Center, Saxton continued her work on The Widow Washington, a biographical study of the founder’s mother, Mary Ball Washington.  This book grew out of her previous work, Being Good, Women’s Moral Values in Early America (2003), which had a section on eighteenth century widows in the Chesapeake.  More broadly, the book is part of Saxton’s lifelong interest in locating the lives of women within their historical and social contexts so that their struggles with prevailing conventions can help restore to their memories meanings that have been lost. This was the goal of her earlier biographies— of the sex symbol, Jayne Mansfield (1976) and Louis May Alcott (1977).

While at Washington College, Saxton taught a course, “Fictional Transformations,” in the English Department.