WC alums rake in the awards at the annual gathering of the Maryland/Delaware/D.C. Press Association. 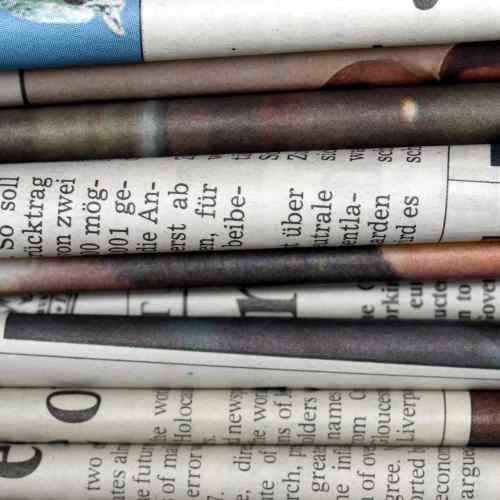 Washington College didn’t get a communications and media studies major until last year, but you wouldn’t know it by looking at this year’s Maryland/Delaware/D.C. Press Association’s editorial awards, in which WC alums took multiple top awards.

Nearly all of the daily and most of the non-daily newspapers in Maryland, Delaware, and D.C. are association members. According to its website, “the contest, governed by the Association’s Editorial and Advertising Committees, admitted nearly 2,300 entries from 64 member publications among 95 categories. There are eight divisions in the contest, which group member publications into daily and non-daily print and online-only categories, then further group them by circulation… One Best in Show award is given in each category across all divisions.”

Schultz, a former editor of The Elm and Sophie Kerr Prize finalist, “received a Best in Show award, topping dailies in the association including The Baltimore Sun, for public service reporting for her story ‘Liquor permits under review,’ ’’ according to the Kent County News story on the awards. She also was one of five nominees—across all association members—for the new Rookie of the Year award, which honors a journalist with fewer than 18 months of experience in the field.

Righter ’17, a former Elm editor and Sophie Kerr Prize winner, was part of the team that won first in the category Wild Card: Guns in Communities, for “Carroll reactions mixed to bill that will allow certain school employees to carry firearms.” She also won an individual first in the category Religion Writing for “Happy Birthday Lazarus.”

Students at Washington College now have the option of taking communications and media studies as a major or minor, and also pursuing the journalism field through a new minor in the Department of English, journalism, editing, and publishing.

This year’s Maryland/Delaware/D.C. Press Association conference in Annapolis was called “Local News Builds Communities,” and also saw a new award established, Courage in Journalism, in memory of the shooting deaths of five people at The Capital Gazette in Annapolis on June 28, 2018. The first winner of this award is Wendi Winters, who was killed while trying to distract the shooter to allow others to escape.