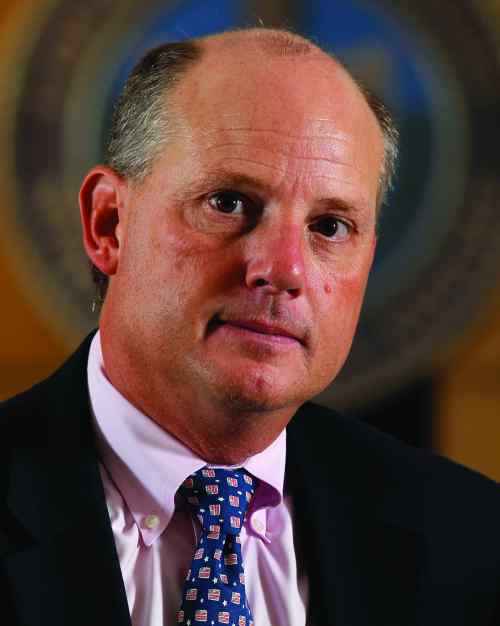 Delaware Supreme Court Chief Justice Leo E. Strine, Jr., whom Business Insider has called “one of the most influential behind-the-scenes figures in American business,” will be the speaker at Washington College’s 236th Commencement on May 19th. Strine, who became chief justice of Delaware’s highest court in 2014, will receive the honorary degree Doctor of Laws.

Known for his forthright outspokenness and rapier wit, Strine is “about the closest thing to a celebrity in the buttoned-up world of corporate law,” according to The Wall Street Journal. His opinions “are considered among the most influential rulings in corporate law,” says The New York Times.

Before becoming the eighth chief justice of Delaware’s Supreme Court, Strine, at 34 years old, was one of the youngest judges ever to sit on the Delaware Court of Chancery, becoming Vice Chancellor since 1998. In each of these positions, he has issued some of the most influential decisions affecting corporate law in the nation, because more than half of publicly traded U.S. companies—among them 66.8 percent of the Fortune 500—are incorporated in Delaware.

As chief justice, Strine has emphasized the need to address persistent racial inequality and to provide more equitable access to justice for all Delawareans, regardless of wealth. Among his many decisions as chief justice, Strine authored the decision striking down Delaware’s death penalty statute because it denied defendants the right to have their fate determined by a jury.

Strine holds long-standing teaching positions at Harvard and University of Pennsylvania, where he teaches classes in corporate law addressing, among other topics, mergers and acquisitions, the role of independent directors, valuation, and corporate law theories. He also serves as a Senior Fellow of the Harvard Program on Corporate Governance, as well as acting as an advisor to Penn’s Institute for Law & Economics.

He speaks and writes frequently on the subject of corporate law, and his articles have been published in The University of Chicago Law Review, Columbia Law Review, Harvard Law Review, and Stanford Law Review, among others. Before joining the court, Strine served as counsel and policy director to former Delaware Governor Thomas R. Carper, who awarded him the Order of the First State in 2000. In 2006, he was selected as a Henry Crown Fellow at the Aspen Institute.

Washington College’s 236th Commencement will be held on Sunday, May 19, 2019, at 10:30 a.m. on the campus green, weather permitting. If outdoors, it is free and open to the public. If inclement weather drives the ceremony into the Johnson Fitness Center Field House, admittance is by ticket only. Each graduate is given six tickets to distribute to family and friends.