Most people start conversations with a word. Mark Christie starts them with a character, a stage, and questions that aren’t always easy to answer. 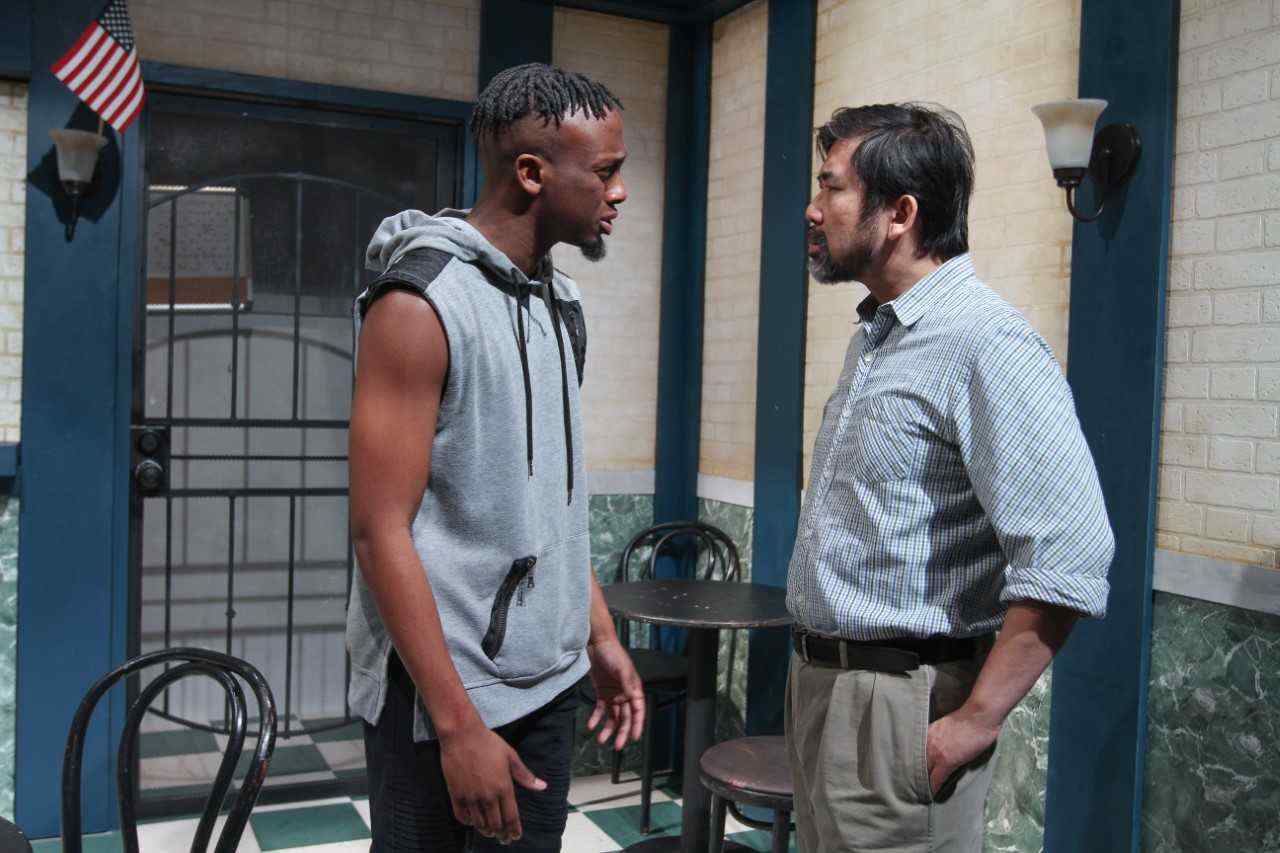 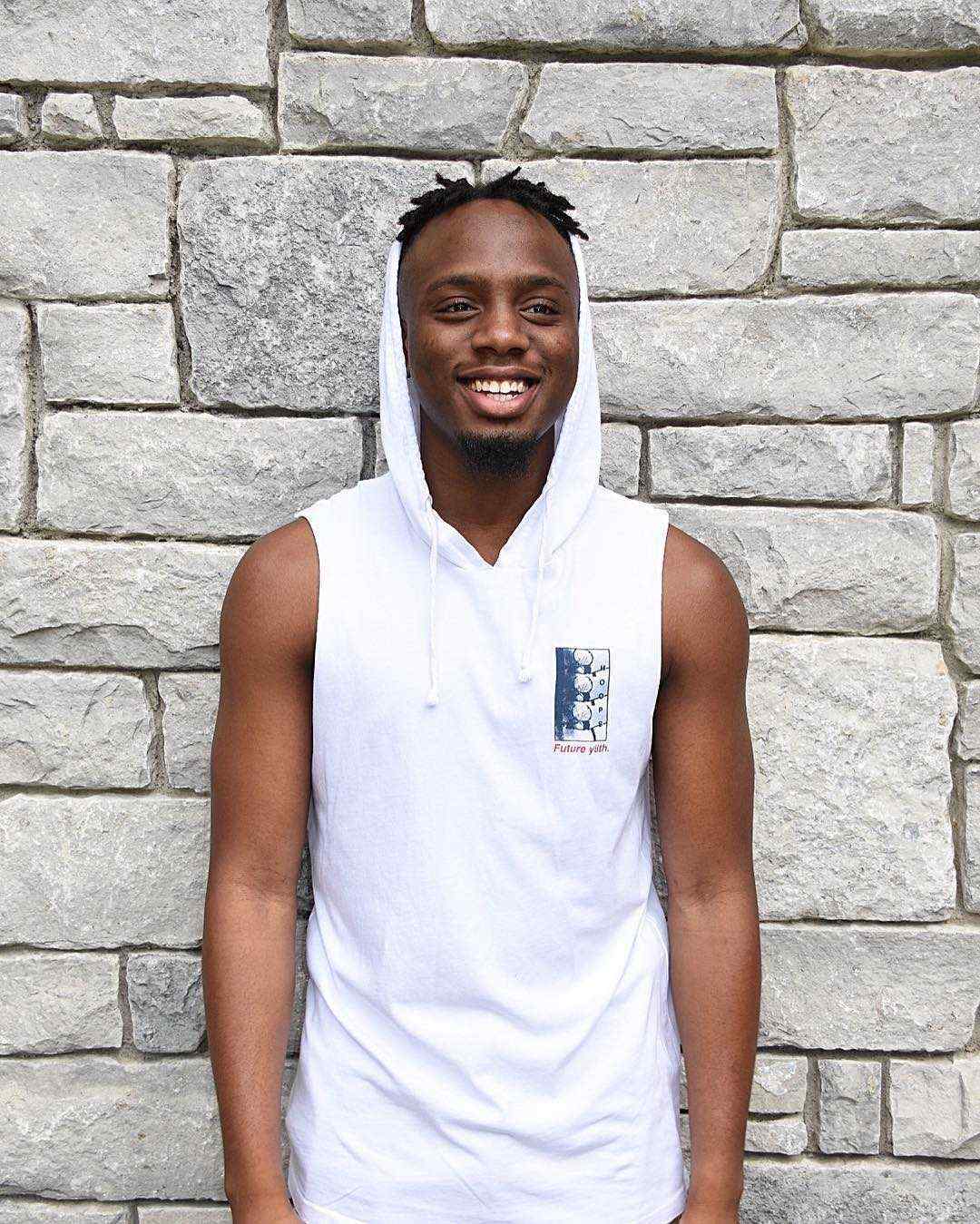 He was in high school when he first fell in love with theater, thanks to a teacher, “Ms. T,” whose positive energy made Mark Christie want to “put life on stage.”

But his natural talents emerged even earlier, when Christie realized his trademark little-kid humor had an appreciative audience. “I made a lot of jokes, and I really didn’t care what people thought as long as I was being positive and making people happy,” he says. “That was always my thing, and that’s what theater is – getting people to feel something.”

Christie, now 22, has been making rapt audiences feel plenty since last fall, when he took on the role of Tommy in the InterAct Theatre and Passage Theatre’s co-production of Salt Pepper Ketchup in Philadelphia. The play explores the tensions in a gentrifying south Philly neighborhood, with Christie’s character serving as a lightning rod.

“[InterAct Theatre] believes in performances that are about social justice,” Christie says. “My character does some sketchy things, but overall, he wants to do something to help. It ends up not being the smartest thing to do, but it definitely raises questions about whether or not this kid’s good, or whether he deserves what happens to him. I love characters like that, that make you think. They’re not just on stage; they’re on stage with a purpose.”

Christie’s purpose came into sharper focus when he decided to major in theatre at Washington College.  “The theater department welcomed me with open arms and made everything I ended up doing feel so natural,” he says. “I did so many different plays and took so many different classes my junior year. The only reason it wasn’t overwhelming was because, anytime I had a question or a problem, anytime I was looking for help, there was always someone in the department, one of the professors, with a door open.”

He also wanted to give dramatic talents a boost by minoring in marketing. “To be a successful professional actor, you have to learn how to market yourself, to take the first step, to apply for that audition, or to communicate with the person the right way so you can keep taking that step forward. Marketing definitely helps me with that.”

His point was borne out when, on the heels of his Senior Capstone direction of Diana Son’s Stop Kiss, he earned a coveted artistic apprenticeship with the InterAct Theatre and the chance to audition for Salt Pepper Ketchup. “It’s one of the most awesome experiences I’ve ever had. We performed in Jersey for a month, and then we moved to Philadelphia and performed for three weeks. And we performed every day except Mondays – I can say every line in my sleep!”

But as a dramatic conversation-starter, Christie is ready to ignite more chatter. And the live stage may not be able to contain him. He’s been signed by the Greer Lang Talent Agency and is auditioning for work ranging from commercials to TV pilots to a studio film. “I want to go back at some point to directing,” he says. “I’d also love to take a break from acting eventually and move into music. I love to make music but haven’t had time. I want to do it all!”

He laughs, although it’s not at all hard to believe he will make good on his plans. One imagines Christie, in his quest to open people’s eyes and minds, lighting creative fires and leaving folks talking while he moves on to light another. “Life’s short, so I’m trying to do everything I can before I go,” he says. “I’m definitely staying positive, staying humble with it all. I’m going wherever God takes me.”