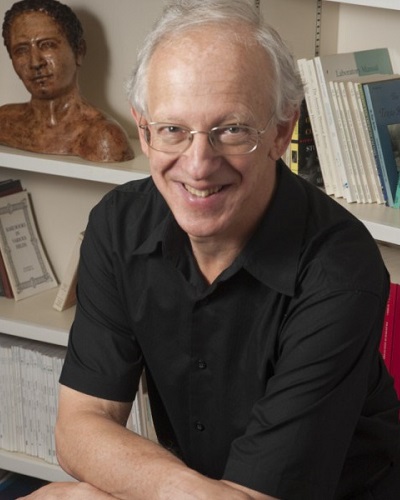 Ezra Greenspan is a literary and cultural historian who studies and teaches the history of written communications and media in the United States - from manuscript and print to digitalia.

His interests include the history of writing, printing, and publishing; of institutions of letters such as libraries and schools; of the interplay between letters and visual images; of archives and archiving; and of the historic uses of written communications, especially by ethnic groups such as African Americans and Jews. Those interests underlie his practice of writing biography.  His most recent books are comprehensive biographies of the publisher G. P. Putnam and of the writer-activist William Wells Brown.

Ezra arrived at the idea for his latest biography, currently titled Frederick Douglass’ People: A Family Biography, by looking at Douglass not as a singular figure but as part of a community.