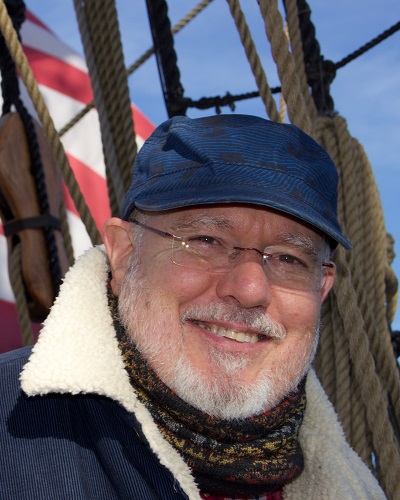 David Carter was a writer and a historian of the LGBT civil rights movement.  His book, Stonewall: The Riots That Sparked the Gay Revolution, was the basis for the American Experience film “Stonewall Uprising,” which won a Peabody Award. In the last years of his life, Carter devoted much time to working closely with the National Park Service to have the Stonewall Uprising site declared a national monument.

Prior to writing Stonewall, he edited for Allen Ginsberg, a selection of the poet’s interviews, which was published after Ginsberg’s death as Spontaneous Mind: Selected Interviews 1958–1996. Carter served as a consultant on numerous exhibitions and documentaries and appeared on national TV news programs on CNN, CBS, and Al-Jazeera. He wrote for CNN, Time Magazine, the BBC, the Washington Blade, and the Gay and Lesbian Review.

His Patrick Henry Fellowship enabled Carter to continue writing his biography of LGBT civil rights pioneer Dr. Franklin Kameny.  Frank Kameny’s arguments for lesbian and gay civil rights were founded on the basic principles of our democracy as articulated by its founders in the Declaration of Independence and the Constitution. Kameny was effective in large part because he wrote in the tradition of our nation’s greatest founders, combining passion, wit, and intelligence with great skill in argumentation and exposition.

While at Washington College, Carter worked with students conducting oral history with leaders of the LGBT rights movement and led a student field trip to lower Manhattan exploring the history and legacy of the  Stonewall Uprising.