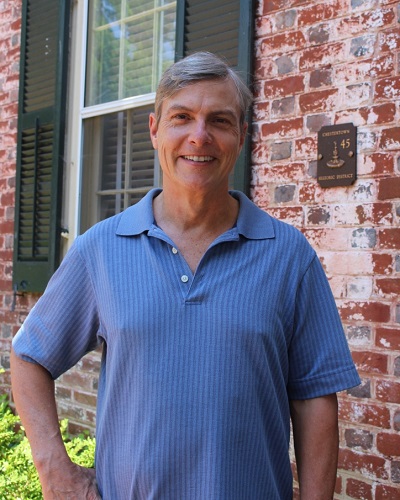 2016-2017 Hodson Trust-John Carter Brown Fellow Andrew Lawler is a journalist who writes about archaeology, history, and science for a number of magazines.

Lawler’s curiosity led him from Washington, where he covered Congress and the White House, to the Middle East, where he wrote extensively about the impact of war on cultural heritage. His book Why Did the Chicken Cross the World? chronicles how this common bird transformed our own species as we transformed it. He is a contributing editor for Archaeology and Science, and has written for The New York Times, National Geographic, Smithsonian, and several other publications.

Lawler’s passion for history took him to the Outer Banks of North Carolina for a National Geographic article about new archaeological finds relating to the Lost Colony of North Carolina’s Roanoke Island, the first English attempt at settling the New World. The new discoveries, coupled with recent work by historians on the role of the Spanish, Portuguese, Irish, and Native Americans in the venture, are central to his new book project, which he pursued while in Providence and Chestertown.