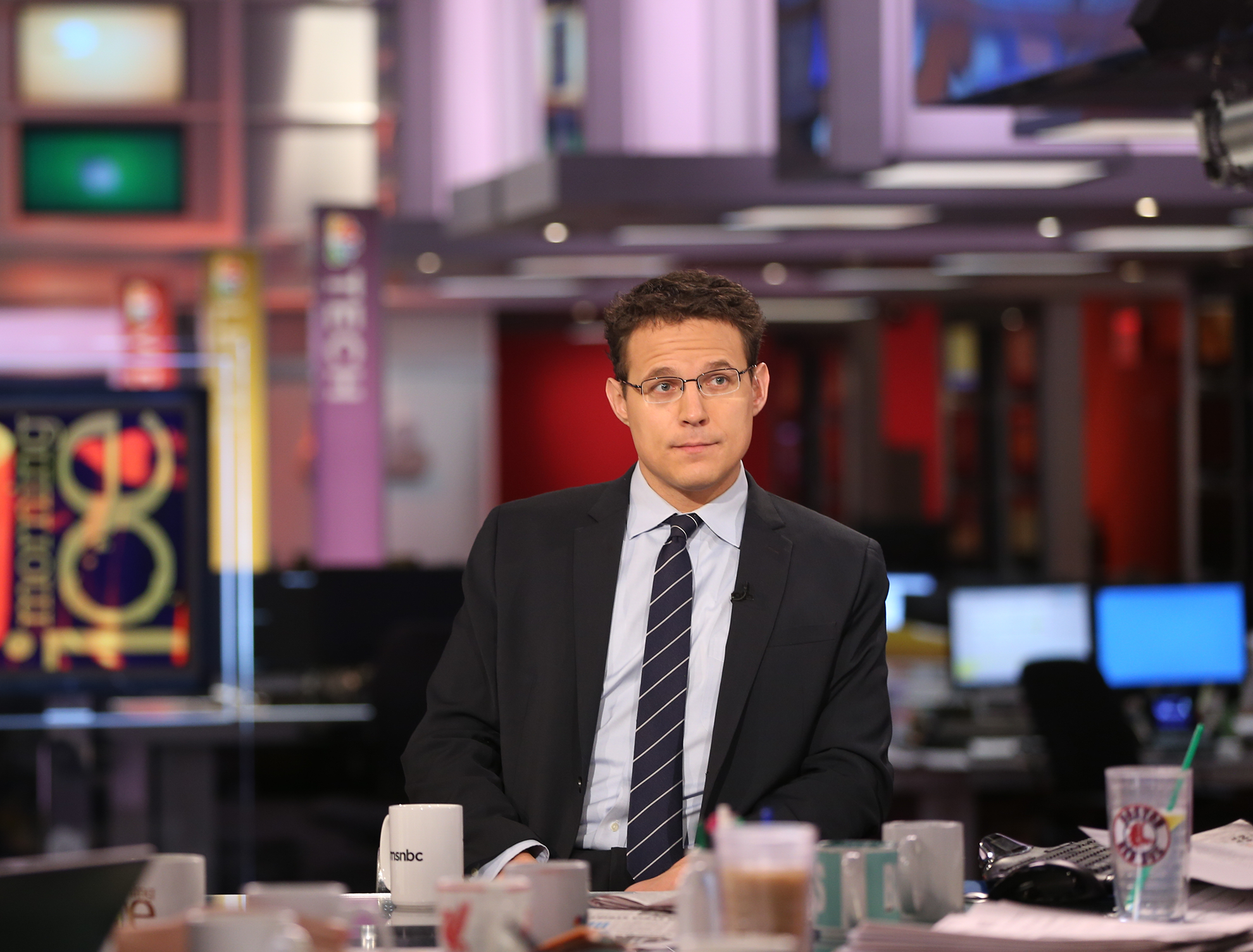 About the book: The Clinton/Gingrich battles were bare-knuckled brawls that brought about massive policy shifts and high-stakes showdowns—their collisions had far-reaching political consequences. But the ’90s were not just about them.  Kornacki writes about Mario Cuomo’s stubborn presence around Clinton’s 1992 campaign; Hillary Clinton’s star turn during the 1998 midterms, seeding the idea for her own candidacy; Ross Perot’s wild run in 1992 that inspired him to launch the Reform Party, giving Donald Trump his first taste of electoral politics in 1999; and many others.

In a review of The Red and the Blue, The Washington Post says "Kornacki reminds us that a mere quirk of graphic design on television election night maps in November 2000 assigned the color red to states the Republican candidate carried and blue to states the Democrat carried. America’s eventual devolution into tribes known as Red and Blue America, though, was anything but accidental."

In addition to gaining fame recently as NBC’s electoral map guru, Kornacki’s articles have appeared in the Wall Street Journal, New York Times, Boston Globe, and Daily Beast, among others.

This online event will feature a conversation between Kornacki and Starr Center director Adam Goodheart with a moderated Q&A at the end. This event is co-hosted by the Starr Center and the Rose O'Neill Literary House. It is co-sponsored by Washington College's Department of Communication & Media Studies.

Click here to register for this free Zoom event. Or view on April 1 at 5 p.m. on Facebook LIVE @ Starr Center for the Study of the American Experience.