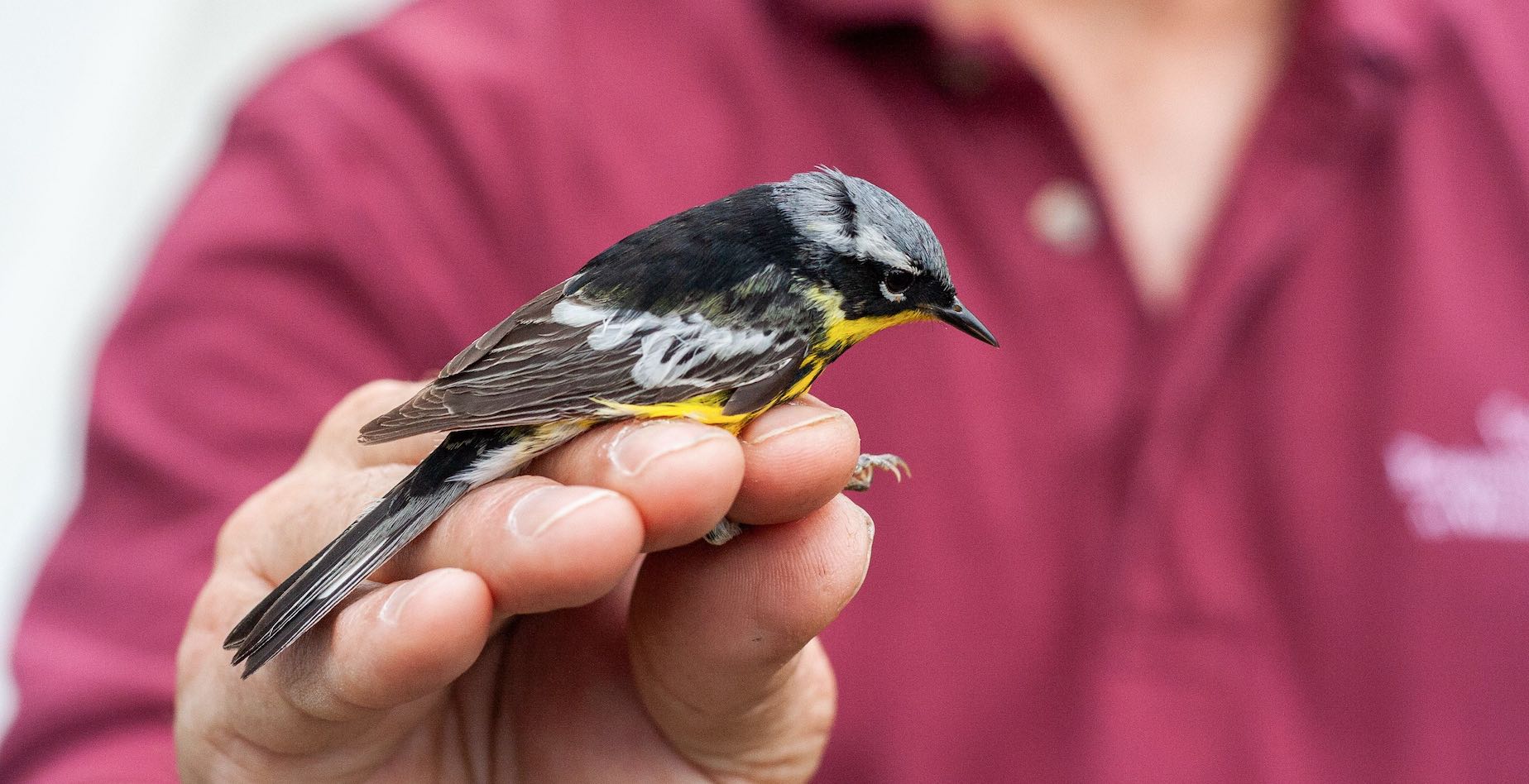 Learn By DoingCesData and Migrations

Click around the map below to discover where some of our birds have traveled!

Since its initiation in 1998, Foreman’s Branch Bird Observatory has seen over 200 of its birds subsequently encountered after their initial banding; as far north as Newfoundland and a far south as Ecuador! Encounters occur either through trapping a live bird by another banding operation or, most often, recovering a band from a dead bird. If you happen to find a bird with a band on it, be sure to report it to reportband.gov. Who knows, it may make it onto the map below!

Below you will find timing of migration for birds captured at FBBO between 1999 and 2009. Weather patterns and banding effort (hours with nets open and number of nets) can have huge impacts on capture rates. Many birds breed and/or winter around the banding area, so when looking at the charts keep in mind that the large number of birds caught on August 1st aren’t necessarily migrants, but rather mostly are birds that bred and hatched around the station (e.g. Field Sparrows). Because we start fall banding August 1st we miss the start of migration for several species (e.g. Yellow Warblers and Empidonax flycatchers) as they start moving south in July.