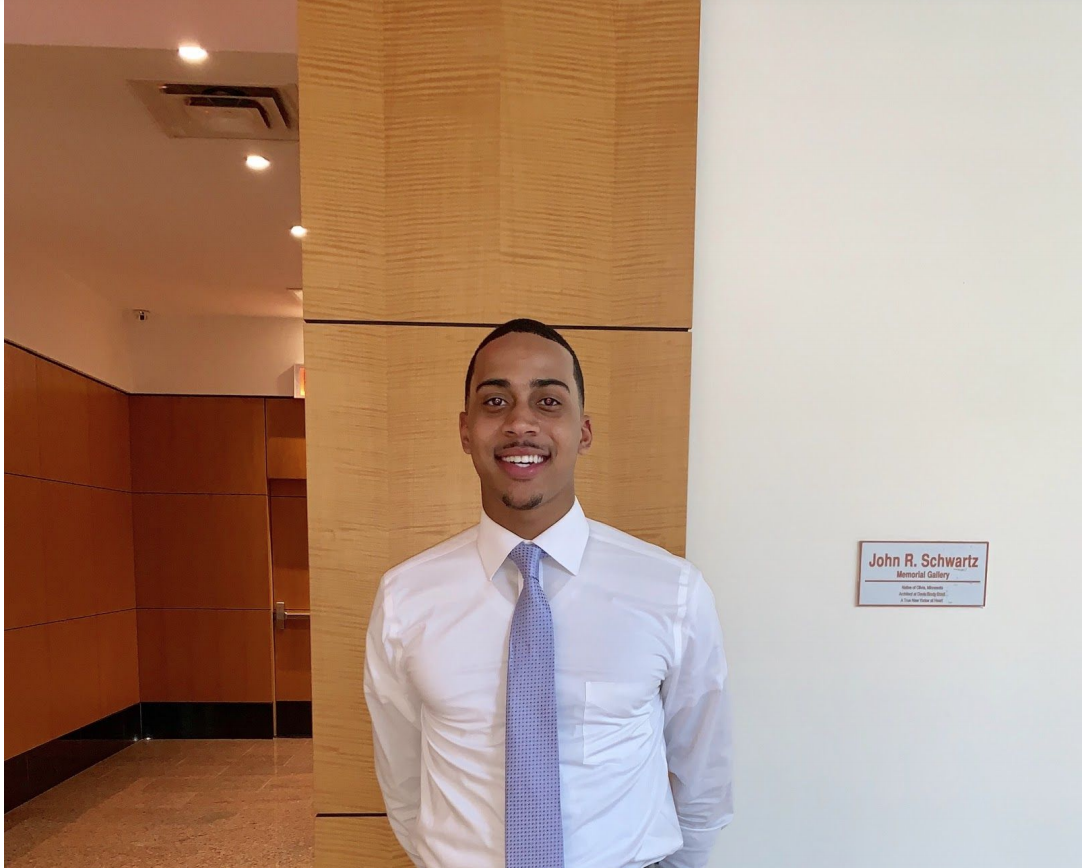 For Glenn Austin Allen, Washington College first came to his attention during high school, where his basketball coach had informed him that the college’s head coach Aaron Goodman wanted to recruit Allen for the basketball team. It wasn’t until after Allen had visited Washington College for himself that he wanted to attend. With the tight-knit campus community, close relationships with the departments, and the opportunities available for all majors, Allen knows for a fact that he made the right choice--for both himself and his future.

When Allen first approached the college campus, he was prepared to learn because of the impact his recent visit had on him before attending.

“I chose [Washington College] because I had a great time of my visit, small community, and my fellow teammates are great to be around,” he said.

As he entered business courses at the college, he heightened upon his interests in both sports and business with the plan of making it his major.

“I had an idea of going into the Business department because I’ve always been interested in lead management and how to lead different people,” he said. “I knew I always wanted to connect my career with sports and media.”

While the Communication & Media Studies (CMS) major department was not fully formed, Allen took advantage of everything that the Business department and the rest of the campus had to offer, from accepting a Hearst Television Corporation Internship in New York City to joining a number of different clubs, such as Black Student Union (BSU) and the Student Athlete Advisory Council.

“I am happy about is that I tried new things on campus and that allowed me to make more connections, such as clubs, on campus organizations, and attending different events,” Allen said.

“Being accepted into this program is what opened the doors for me to have opportunities at large media companies, and it just felt good to know my hard work paid off,” Allen said. “It meant a lot to me because it was a long process and I knew all the hard work I put in over the months.”

His freshman year was all about gaining new experiences, and one of those new experiences went through his First Year Seminar (FYS) class The Body Toxic, where he learned the toxins used in different products, as well as how to view that knowledge from a business perspective. “I enjoyed this course because I learned so much about how different ways toxins can enter your body, [and] it was interesting to learn how the majority of products, we use every day are the main way these toxins can enter,” Allen said.

During his sophomore year, Allen interned at Hearst Television Corporation in New York City, calling it a “great experience” due to the amount of exposure he received within the media industry. With his duties including programming and organizing Finance files for both the CFO and Vice President, managing Oracle software-based projects, and creating binders for each team meeting, Allen felt that he received a rewarding experience that prepared him for entering the industry after Washington College. “These were great opportunities because it allowed me to gain a deeper insight on different parts of the company, while being able to learn about their career paths as well,” Allen said.

Because he is obtaining a minor in Marketing, Allen is planning on taking courses relating to the subject, alongside making a student business plan for his SCE next year. As for post-graduation, he plans on working for a sports media company and keeps the idea of attending graduate school in mind to reach that goal. In the meantime, he is excited to take Advertising and Consumer Behavior for the spring semester. “I am eager to learn about the hands on projects that will give me experience to advertising,” he said. “I am always curious about how the consumer works and what goes through the consumers mind, so I feel that taking consumer behavior will be extremely interesting.”