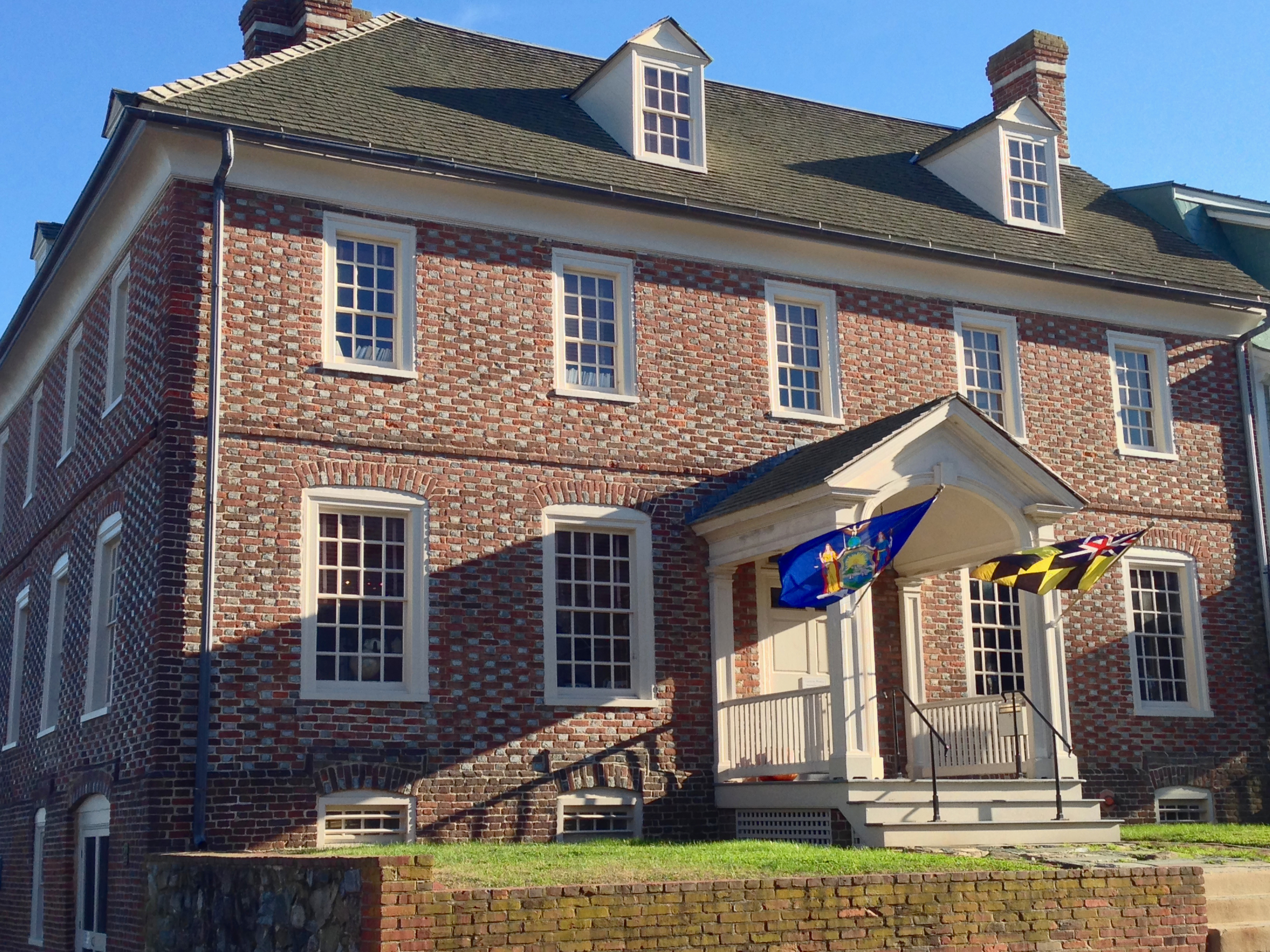 Home to the Starr Center, the historic Custom House embodies the complexity of American history.

Built in 1746, the Custom House was the residence of Thomas Ringgold, a leader of the local Sons of Liberty who was also – in cruel contrast – one of the most active slave traders in the entire Chesapeake region. The building, overlooking the tidal waters of the Chester River, also served as a warehouse and store, and British redcoats were quartered here during the French and Indian War.

Prior to the Revolution, Chestertown’s local inspector of His Majesty’s Customs worked in an adjacent office, recording the cargoes of vessels coming and going from Chestertown to Europe, the West Indies, Africa, and beyond. In May of 1774, the dramatic and much-debated Chestertown Tea Party may or may not have occurred beneath the windows of the Custom House. (Oral tradition holds firmly that it did.)

In the 19th century, after the Chesapeake’s maritime trade moved across the Bay to Baltimore, Chestertown became a charming, picturesque backwater where older ways of life persisted for many decades.

During those years, the Custom House was the home of U.S. Senator James Alfred Pearce (1805–1862), who helped create the Smithsonian Institution and worked to keep the Union together at the outset of the Civil War.

From the time of the Revolution until recent decades, Chestertown’s population barely changed, a fact that has preserved dozens of its historic buildings. In the 20th century, the Custom House was restored by Wilbur Ross Hubbard, a local preservationist and civic leader who bequeathed it to Washington College upon his death in 1993.

The Starr Center occupied the Custom House after generous gifts from the Starr Foundation and private donors. The restored building boasts original Georgian paneling, fireplaces, wide-board floors, and a riverfront porch. Today, the Custom House sits at the center of a National Historic District of 18th- and 19th-century houses.

To take a free audio tour of the historic Chestertown waterfront and the Custom House click here.