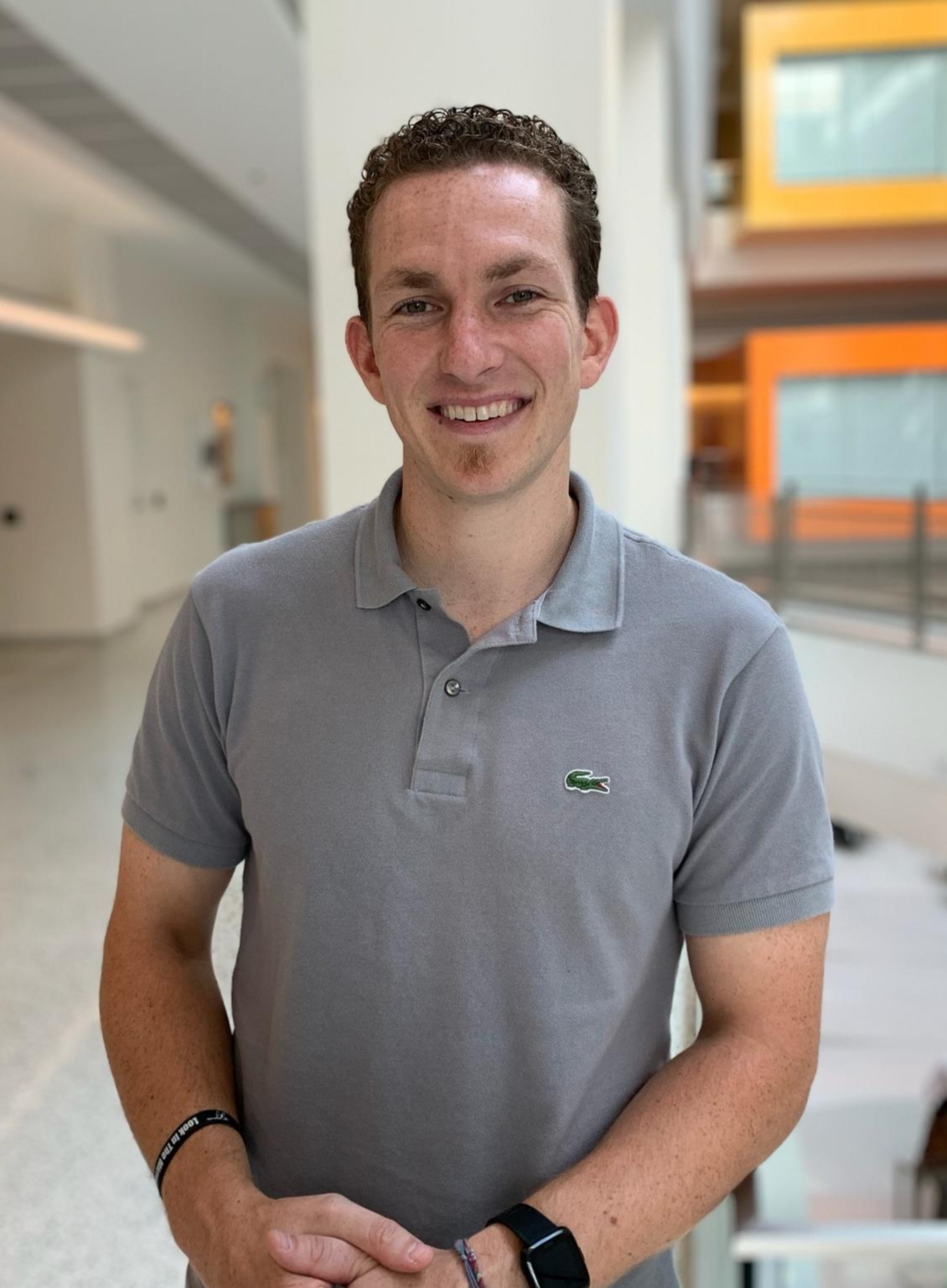 For his senior capstone project, Josh Samuels ’19 investigated physical exercise as an organic relief for depression. Quietly confident, Josh Samuels ’19 sat down, leaned forward, and explained how he came to make the connections between psychology and the biology of brain chemistry. It happened when two professors cast their spell over him, demonstrating the wonders of science and the world of possibilities it holds. In much the same way, his interest in writing poetry and non-fiction grew to encompass scientific writing—a skill he now considers one of his greatest assets. “I had two great professors in psych my freshman year—Mike Kerchner and Chris Beasley,” Josh says, “and they just sucked me in! I came to Washington College focused on psychology and creative writing. I had never dreamed of falling into biology, but my studies in psychology led me to understand that we use a lot of biology to explain psychology.” Kerchner and Beasley drew him into their work and encouraged him to expand the scope of his studies, which culminated with his Senior Capstone Experience (SCE) project.“I looked at exercise as a treatment for depression, both short-term and long-term,” says Samuels, a varsity swimmer and a goalkeeper on the men’s soccer team with 10 career shut-outs to his credit.

He hypothesized that an exercise routine could supplant the need for daily medications, and could be particularly beneficial for elderly patients. His research looked at the benefits of a daily routine of exercise over the long termand how it stacks up with pharmaceuticals. He used arat study to demonstrate that exercise re-balances the chemistry of the brain. Now as a post-baccalaureate research fellow at the National Institutes of Health (NIH) in Bethesda, Maryland, Josh continues to use rodent models for research underway in the National Institute of Mental Health’s (NIMH) Section of Functional Neuroanatomy. Working in the lab of Dr. Miles Herkenham, he examines the intersection between the central nervous system, immune system, and vascular system within the brain.“Currently, I am examining the brain's immune and vascular responses to chronic psychosocial stress to better understand how they contribute to inflammation within the brain and how that inflammation may be contributing to mood shifts and neurological disorders,” Josh explains. “Our research primary uses rodent models to study these processes, but we also go further and utilize human brain tissue samples from patients that had Major Depressive Disorder to further study these processes and validate our rodent models.” After his two-year NIH research fellowship Josh plans to attend graduate school to pursue a M.D./Ph.D. or Ph.D.