Senior Emilee Daniel, a Political Science and Computer Science double major, has had rewarding opportunities to explore her academic fields at Washington College. During the summer of 2020, Emilee served as a research intern at the University of Southern California’s Information Sciences Institute. In her remote position, she collaborated with a mentor to design and execute a research project that investigated whether one’s Twitter activity impacts his or her likelihood of voting. Emilee used data mining, as well as machine learning techniques, to organize and collect Tweets and analyze confidential data from the California Voter file. 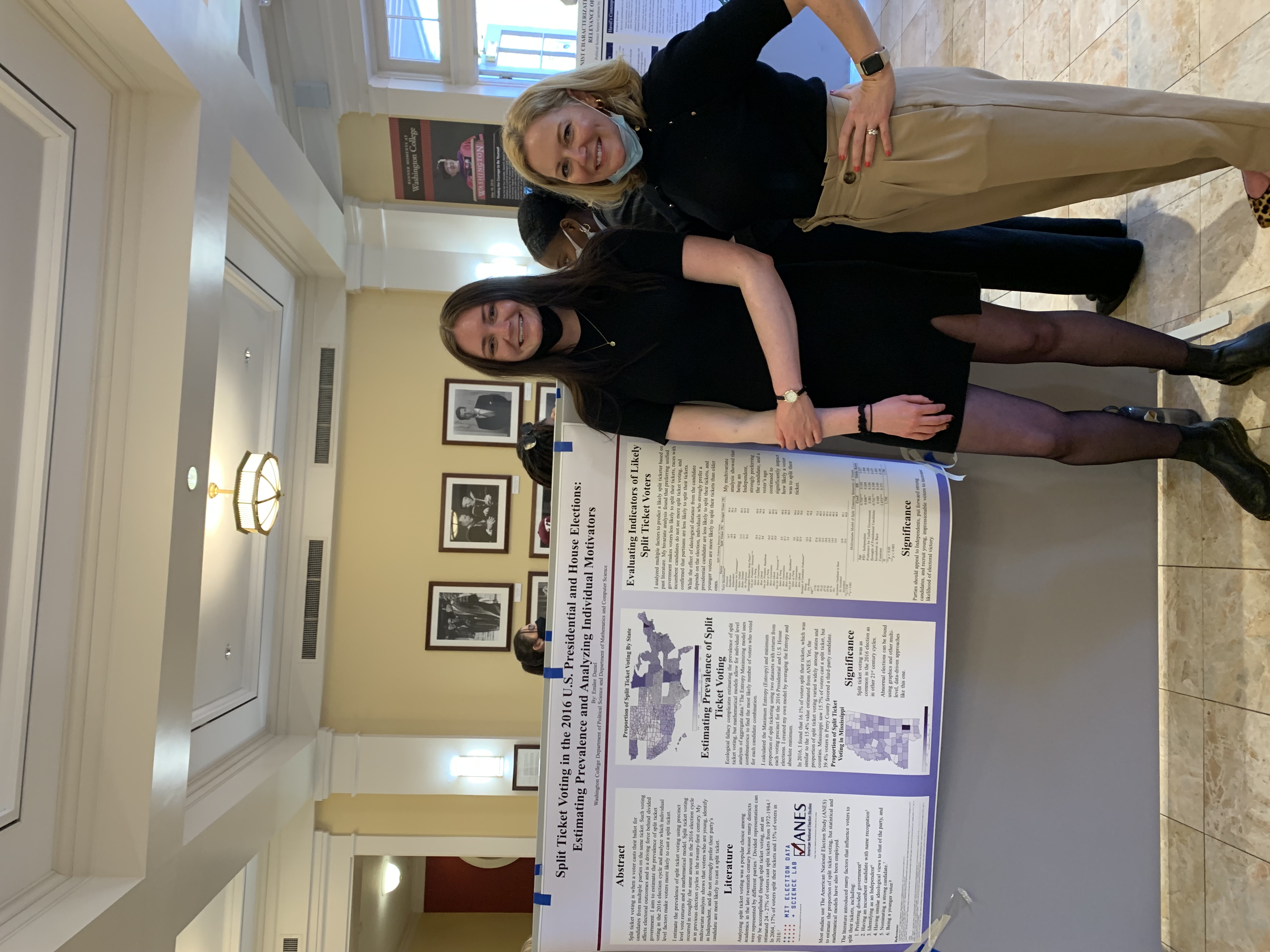 Through the Maryland General Assembly Internship Program, Emilee also interned for Delegate Johnny Mautz during the 2021 legislative session. Emilee’s responsibilities included corresponding with constituents, performing legislative research, tracking the status of bills in the legislature, and maintaining information on the office’s scholarship program.

Emilee credits her position as the Secretary of Academics of the Student Government Association with teaching her how to manage projects. She also stated that this role taught her how to effectively communicate with staff members who are more experienced, and this proved to be valuable for her internships. “WAC also showed me the importance of liberal arts,” Emilee said. “New perspectives are needed to continue advancing academic fields.”

Emilee’s Computer Science major has supplemented her understanding of political science. “More political datasets are being made available, and extracting information from these datasets with computational models is extremely valuable,” Emilee stated. She added that “the logical way of thinking is also present in both computers and the study of policy.”

Emilee recently completed her Senior Capstone thesis, “Split-Ticket Voting in the 2016 US Presidential and House Elections: Estimating Prevalence and Analyzing Individual Motivators.” Her research project was divided into two parts. First, she used data from the MIT Election Data and Science Lab and a mathematical model to infer the frequency of split-ticket voting at
the county, state, and national levels during the 2016 election cycle. Emilee then analyzed the factors that may determine one’s decision to split their ballot, such as age, party identification, incumbency status, and candidate strength. Through multivariate analysis, she found that those who are young, identify as Independent, and do not strongly prefer their party’s candidate are most likely to cast a split ticket. Emily enjoyed “applying computer science
techniques to strengthen political analysis and making use of data that has only recently become widely available, and offering suggestions to strengthen historical models and estimates.”

Emilee recommends that students keep up with assigned readings, as “you get so much more out of your class time when you come prepared.”
Following graduation, Emilee will attend American University’s Washington College of Law, where she hopes to study Technology Law.