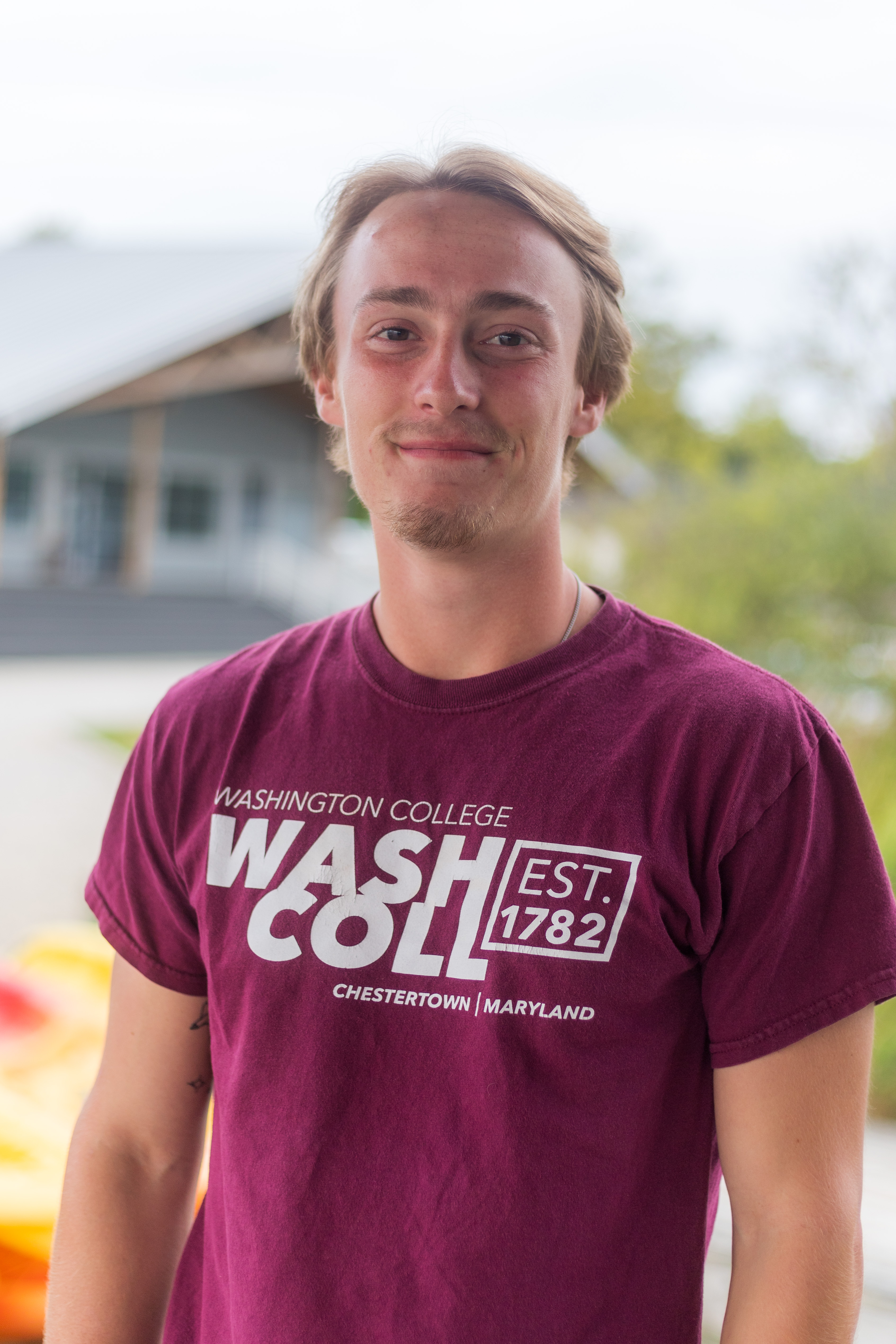 When Adam Brown ’23 starts talking about last summer’s bird study internship, there’s an immediate spark in the conversation that wasn’t there before.

“I had no experience with bird studies before last summer,” he says. “The internship focused on sparrows because they stick around the area year-round, and they nest on the ground, making them easy to study.

We looked at behavior, a little about migration patterns. We looked at younger versus older birds and how age can predict nest success. It got easier to read their patterns as the summer went on because you learned what to look for.”

It’s obvious the experience, which took place at the College’s River and Field Campus, a 4,700-acre living field lab managed by the Center for Environment & Society, made a deep impression on Adam. He was able to take part in the internship because he is an environmental science major.

Believe it or not, however, Adam came to Washington College as a computer science major. In hindsight, it’s easy to see why that didn’t last long. What originally attracted him to WAC was the men’s rowing team and the new boathouse–he’s been rowing since his freshman year of high school. And he loves the outdoors.

So it’s not surprising that it only took one intro class his first semester at WAC before he dropped the computer science major in favor of environmental science.

“The more I learned, the more I realized it was a very interesting field to pursue,” he explains.

Adam is pairing his major with a minor in philosophy and plans to pursue a career with the National Park System. Drawing on his internship experience, he hopes to get into park management, specifically surveying. “Surveying is vital to keeping up with wildlife populations, and it also helps you study the repercussions of human contact on wildlife,” he says. To that end, he hopes to land another internship this summer where he can gain more experience.

“Washington College, switching majors, the internship—it’s all been life changing,” he says. “Everything has been for the best in helping me shape my career and my life goals.”

Warning: array_slice() expects parameter 1 to be array, boolean given in /var/www/omnidev.washcoll.edu/_resources/dmc/php/_core/class.dmc.php on line 391

Warning: Invalid argument supplied for foreach() in /var/www/omnidev.washcoll.edu/_resources/dmc/php/story.php on line 78