Faculty
Office of the President 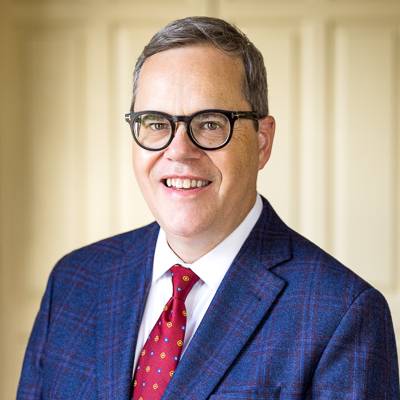 A seasoned leader in academic and student affairs, financial stewardship and change management, Sosulski took office on September 1, 2021, after serving as Provost at Wofford College in South Carolina for five years. In his first year as Washington College’s president, he has pushed forward with a $20 million investment in campus renovations, secured a new dining services partner for the campus, created a new senior leadership post for Dr. Alisha Knight, as Associate Provost of Diversity and Inclusion, approved the addition of Men’s and Women’s Golf as a new sport, and rebuilt his Cabinet to ensure the right leadership is in place to move the College into the next decade and beyond.

During his tenure at Wofford, Dr. Sosulski was instrumental in the redesign and reconstruction of a range of vibrant academic spaces, including the $4 million-dollar conversion of the Sandor Teszler Library into an Academic Commons; completion of the Rosalind Sallenger Richardson Center for the Arts; and the design and construction of a new $9.5 million Green Globes certified academic science building. Sosulski also appointed the first academic Dean of Diversity, Equity and Inclusion, created the Diversity Search Advocacy Program to diversify Wofford’s faculty, and led comprehensive work to strengthen shared governance, including the creation of an independent Rank and Tenure committee.

Sosulski’s scholarly interests include national movements and their expression in German culture; the history of German theater and film; Lessing, J.W. von Goethe and Schiller; German hip-hop; and second language pedagogy. He has authored numerous articles and the book Theatre and Nation in Eighteenth-Century Germany, which appeared with Ashgate Press in 2007.

Sosulski earned his B.S. in German from Georgetown University in 1987, and went on to receive an M.A. followed by a Ph.D. in Germanic Studies from The University of Chicago in 1999. Prior to beginning graduate school in German literature, he spent a wonderful gap year studying saxophone performance at the Berklee College of Music in Boston.

A native of West Chicago, Sosulski grew up a passionate Cubs fan and still roots for his home team to this day. He is married to Cori Crane, Ph.D., Associate Professor of German at the University of Alabama. They have two adult sons: Peter, who works in wilderness therapy in western North Carolina; and Nick, a recent graduate of Michigan State University who lives and works in the alpine resort town of Garmisch-Partenkirchen, Germany.