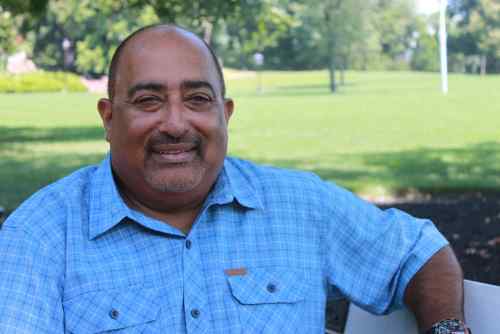 An expert in Middle Eastern, South Asian and African Affairs, Tahir I. Shad has played an integral role in developing global education at Washington College, Chestertown, MD. As Director of the International Studies program between 1990 and 2011, and Associate Dean between 1995 and 1999, Shad introduced several innovative curricular initiatives, including global education, a Study Abroad requirement for certain majors and several regional concentrations (African Studies, Asian Studies, European Studies, Latin American Studies and Near Eastern Studies). He also introduced concentrations in Peace & Conflict Studies and Global Business Studies. He currently offers a number of courses on International Relations, South Asia, Africa and the Middle East in addition to an introductory course on World politics and an upper-level International Law and Organization seminar.

Shad, the founding director of the International Studies Program and an Associate Professor of Political Science and International Studies at Washington College, currently serves as faculty advisor for the African and Near Eastern Studies concentrations. As director of the Program in Islamic, Turkish and Near Eastern Studies: Institute for Religion, Politics and Culture, Shad hosted the former president of Pakistan, Pervez Musharraf, in October 2011. Most recently, he organized a conference for students and faculty on the Arab Spring in Paris, France, and developed faculty linkages with Gadjah Mada University in Indonesia. He also serves as a mentor to students learning Arabic and pursuing study abroad opportunities in Morocco, Egypt, Israel, Turkey and South Africa.

As Curator of the Goldstein Program for Public Affairs between 2003 and 2010, Shad brought a number of national figures to campus to meet with students and discuss domestic and international politics, history, religion and the media. Over the past 20 years he has raised more than $1 million to support international education at Washington College, working with donors to establish the Margaret Bennett Fund, the Starr Foundation Grant for Globalization, the Goelet Fund and the McCrae Fund.

In his early role as director of international programs, Shad established summer internship programs in 21 countries, placing students at the U.S. State Department and USAID in Barbados, Bolivia, Cypress, Ecuador, England, Fiji, Gambia, Ireland, Pakistan, New Zealand, Sri Lanka and Thailand. At the same time, he began developing the College’s study abroad offerings into one of the most expansive of any liberal arts college in Maryland. Most recently, he established a three-week summer seminar in Tanzania focused on the politics, culture, economy and sustainable development of the African nation; a six-week volunteer program grew out of that initiative. Today, Washington College offers 42 study abroad programs on six continents, including student and faculty exchanges at Rhodes University in South Africa, Hull University in England, and Universidad Católica Argentina, in Buenos Aires.

Of South Asian descent, Shad grew up in London, earning his B.A. with honors from the School of African and Asian Studies at the University of Sussex and his post-graduate certificate in Education from the London Institute of Education, London University. He moved to the United States in 1980 and earned his Master’s and Doctoral degrees in Political Science from the University of Pittsburgh, where a number of his top students have gone on to pursue graduate studies in International Affairs.

Joining the Washington College faculty in 1990 as an Assistant Professor of Political Science and International Studies, Shad used his knowledge of contemporary global affairs to raise global awareness and instill a sense of wanderlust in his students. Within his first year on the job, he recruited several students to participate in the Harvard ‘Model United Nations’ and the Organization of African Unity Model diplomacy program held at Howard University (now the African Union Model). He subsequently introduced his students to the Yale Security Council Model, the McGill Model UN in Montreal and instituted a partnership with the Hansard Scholars Program in the British Parliament in which Washington College students take courses at the London School of Economics and intern with a British MP.

Student participation in model diplomacy programs, student conferences and study abroad grew exponentially under his direction. Under his leadership over a two-decade period, the number of International Studies majors grew from four to 60.

As Associate Dean of the College between 1995 and 1999, Shad developed and implemented 40 international programs in 25 countries, including exchange programs, study abroad programs and summer programs. He established four faculty exchanges (China, South Africa, France and England) as well as special academic sessions abroad (in Ecuador for environmental studies, in England for English literature, and in Tanzania for interdisciplinary studies). He also helped to negotiate dual-degree programs in nursing and engineering with the University of Delaware.

Shad is a frequent political commentator on National Public Radio and, in Jamaica, on the radio show “Breakfast Club.” He has had articles published in Arab Studies Quarterly and in Regime Change and Regime Maintenance in Asia and the Pacific, published by the Australian National University.

For upcoming publications, he is currently researching the failure of public diplomacy in the Middle East, looking at failed states and democratization in Africa, and examining low-intensity conflict and U.S. policy towards Pakistan. He is a contributing editor for India Today, which includes his chapter on the Maoist Insurgency in India. Other publications include a monograph on Sikhs in Argentina and an article on Christians in Pakistan.

Shad, an emeritus trustee of the International Network for Cancer Treatment & Research, currently serves on the boards of Terrawatu and America’s Unofficial Ambassadors (AUA) and Creative Learning. He is also a consultant to the U.S.-Pakistani Foundation and an external reviewer of international education at liberal arts colleges. He is a member of several professional organizations, including the International Political Science Association, the Middle Eastern Studies Association, and the African Studies Association.