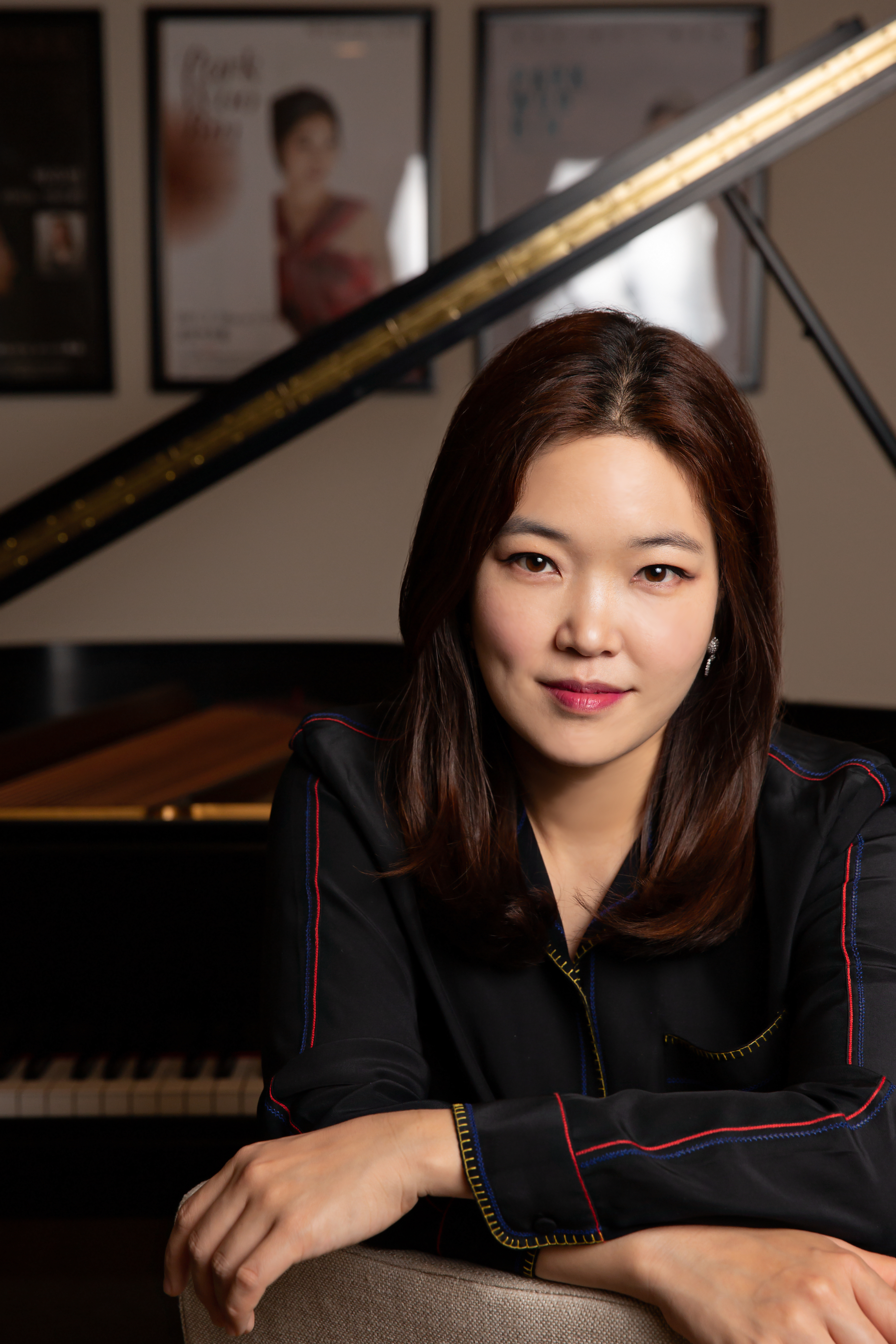 Praised for her commanding stage presence and elegant musicianship, Dr. Woobin Park made her Carnegie Hall debut to critical acclaim.  New York Concert Review raved “Park gave a brilliant performance, handling the virtuosity with beautiful sense of style.” Woobin has appeared throughout the United States and South Korea in solo and chamber recitals as well as performances as soloist with orchestra. She has performed in distinguished concert venues including Weill Recital Hall at Carnegie Hall, the Terrace Theater at John F. Kennedy Center, Steinway Hall in New York, and Elizabeth Horowitz Performing Arts Center in Maryland, Ted Mann Concert Hall in Minneapolis, Auer Concert Hall in Bloomington, Indiana and Preston Bradley Hall of Chicago Cultural Center, among other venues. She was also engaged to perform with the Annapolis Symphony for the 2018 Masterworks Series in Maryland Hall and Strathmore Hall’s Music Center.

Dr. Woobin Park earned international recognition when she won First Prize at the Los Angeles Liszt International Piano Competition, where she was also awarded “Best Performance of the Required Work”. She has earned top prizes in a number of competitions including the San Nicola di Bari International Piano Competition in Italy, University of Minnesota Concerto Competition, American Protege International Competition of Romantic Music, and the Elinor Watson Bell Fellowship competition, where she was awarded a $15,000 cash prize.  A native of Seoul, Korea, she earned her Master of Music degree and Performer’s Diploma from Indiana University Bloomington studying with Edward Auer and Shigeo Neriki and the Doctor of Musical Arts degree from the University of Minnesota, Twin Cities, studying with Distinguished McKnight Professor Lydia Artymiw. Dr. Park was a recipient of biggest and most prestigious scholarship and fellowship for her outstanding performance/academic achievements.

In 2013, Woobin signed an exclusive contract with the teaching company “the Great Courses” for the recording project “The 23 Greatest Solo Piano Works” with Professor Robert Greenberg Ph.D. She has recorded more than eleven works covering a broad range of composers and classical music genres. Her live performances have been broadcast nationally on WFMT in Chicago and KSJN in Minneapolis. Woobin has performed with the world- renowned Formosa String Quartet (members of the Philadelphia Orchestra and Baltimore Symphony) and faculty from numerous leading conservatories. Woobin has a keen interest in performing new music and chamber ensemble by composers Julie Giroux. and John K. Leupold, II. Other notable performances include a solo recital at the Seoul Arts Center Recital Hall in 2019 (the most prestigious concert venue in South Korea). Woobin received a government grant from the Ministry of Economy and Finance in Korea to fund her solo recital. Her live concert album “Immigrant Sounds” will be released by Sony Classical in 2022.

She is active as an adjudicator for piano competitions and festivals, including events for the Music Teachers National Association. She was invited to be a Judge for the Finals of MTNA Young Artist Competition, Senior Piano Duet Competition by attending MTNA National Conference at Chicago, the Finals of CFMTA (Canadian Federation of Music Teachers’ Associations) National Piano Competition at the 2017 MTNA National Conference in Baltimore, MD. Recent and upcoming adjudicator appearances include the Robert Spencer Piano Concerto Competition and NVMTA concerto Festival in 2020. During 2021-2022, she was selected as co-chair of the Fall festival of NVMTA.

Deeply committed to teaching, Dr. Woobin Park is Director of piano studies and Visiting Assistant Professor of Piano at Washington College and previously taught at Winona State University in Minnesota. She also gives frequent master classes and presentations around the country. At Washington College, in addition to teaching class piano I, II and applied lessons, Woobin has created and launched a new piano pedagogy and literature class. Since 2018, she has been Co-founder /director of the annual Washington College Piano Festival, which has presented workshops, competitions, and master classes and recitals by renowned guest artists.

Her performances for Fall 2021 include returning as a soloist with the AACC orchestra at the Chesapeake Arts Center in Maryland with conductor Anna Binneweg performing the Rhapsody on a Theme of Paganini by Rachmaninoff. For more information, please visit www.woobinpark.com