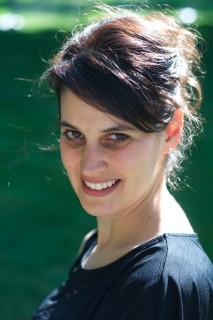 An award-winning musician and scholar, Lori Kesner enjoys a distinguished and active career as both a performing flutist and world music lecturer.

In 2002 Dr. Kesner was awarded a Fulbright grant to study Karnatak flute in South India. After earning both doctoral and master’s degrees from the University of Cincinnati College-Conservatory of Music (CCM), as well as a Bachelor of Music, Summa Cum Laude from Ithaca College, Dr. Kesner accepted a faculty position at CCM as Director of the Andean World Music Lab and Preparatory Instructor of Flute Performance. She was also appointed as a Visiting Instructor at Miami University, Ohio, where she directed Andean and African world music ensembles and taught flute and world music courses. Dr. Kesner currently serves on the performing arts faculties of both the University of Maryland, Baltimore County and the Community College of Baltimore County, and in 2008 was invited to be on the faculty of the Portugesa State Youth Orchestra for the Venezuelan El Sistema. In the fall of 2011 Dr. Kesner began a series of world music lectures at John Hopkins University.

Dr. Kesner studied flute at CCM with Bradley Garner and Randolph Bowman, piccolo with Jack Wellbaum, and ethnomusicology with Robert Templeman.  At Ithaca College she earned a double degree in Music Education and Performance while studying flute with Wendy Mehne.  Dr. Kesner has performed in masterclasses for such distinguished flutists as Göran Marcusson, Julius Baker, Michel Debost, Paula Robison and Marina Piccinini.