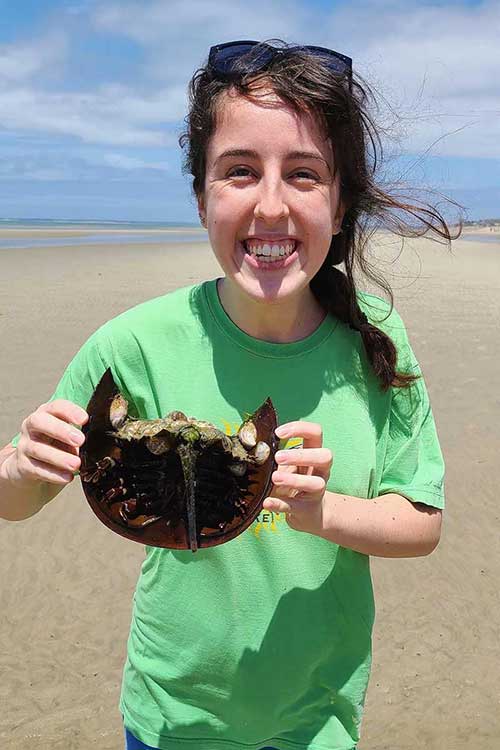 Melissa’s love of the environment began early in her life. At a young age she could be found exploring her backyard, digging in the dirt and climbing trees at the park, and pressing wildflowers under stacks of Harry Potter books (when she wasn’t reading them). As a teenager she became a Venture Scout, which deepened her appreciation for and understanding of relations between humans and nature through many camping trips and outdoor excursions. Her curiosity and love of nature knows no bounds.

The culinary portion of her story also begins early. Melissa comes from a long line of individuals who are talented and adventurous in the kitchen. She learned most of her skills from observing and helping her mother, who always made it a priority to provide healthy, homemade food. Through her Freshman Year Seminar class taught by Dr. Schindler, Melissa learned a great deal more not only about food, but about connections between humans, nature, our ancestors, and the things we eat.

These lifelong passions led her to declare a major in Environmental Studies, and more recently a second major in Anthropology. Melissa hopes to combine her interests in the environment and people into a fulfilling future. She is grateful for every opportunity and would love to translate her environmental passions and internship with the Food Initiative into a lifelong career dedicated to bettering the planet and the lives of those who live on it.